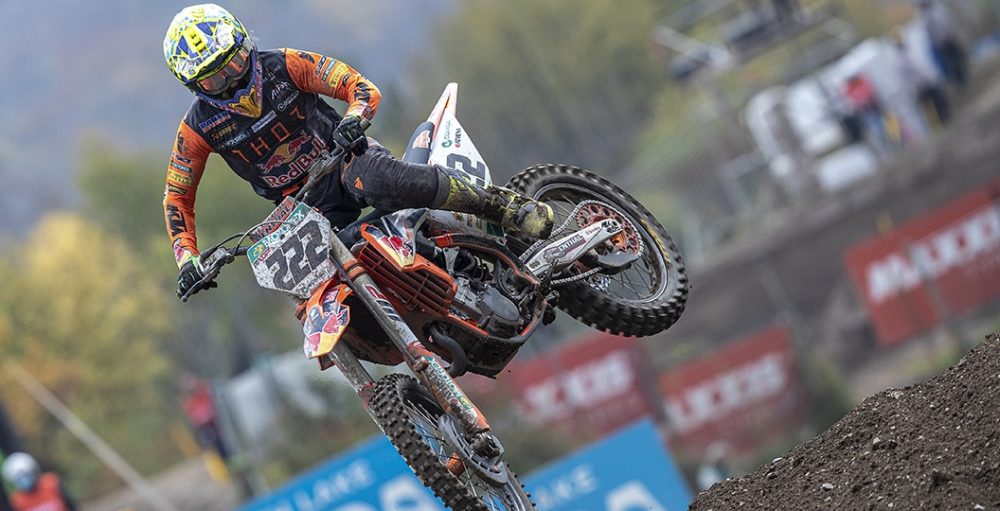 A little over a month on from Cairoli’s knee surgery, he has taken to social media to confirm that he has begun training off of the bike and will return to his KTM 450 SX-F in a couple of weeks. Those are crucial details, with the Grand Prix of Oman now 90 days away.

“Hello everyone and Happy New Year! I recently started riding a bike again after the knee operation! In a few weeks I’ll be back on the bike! I keep you updated.”

The knee problems that restricted Antonio Cairoli during the 2020 FIM Motocross World Championship were well documented, as was the fact that answers were not easy to come by. The knee issues kicked off at the start of the season and have followed him throughout – various knocks and bumps stopped any real progress from being made. Cairoli was forced to get the knee drained between a lot of the races, but still had no idea how to fix the ailment when the campaign drew to a close four weeks ago.

“We do not know about the treatment yet,” Cairoli said in an exclusive MX Vice interview immediately after the final round. “For sure we had some investigation already. It’s not easy, because the problem is quite difficult to solve. I have seen already three or four doctors. It’s not really clear. We need more investigation.”

The knee did improve at points, as Cairoli felt as though he made a breakthrough straight after the trio of Belgian races and even claimed that the injury felt the best it had all year. Cairoli dabbed his knee at the next race, which caused fluid to build up and led to another tricky week of rehab. That’s the best way to sum up the rollercoaster ride that he has been on since March. It now seems as though progress is being made though, as he did in fact go under the knife in The Netherlands a couple of days ago.

Exact details on the surgery have not been revealed, although it seems as though the cartilage damage in his left knee is the injury that was tackled (he also tore the PCL in his right knee this season). The good news is that, no matter how long the recovery time is tipped to be, there are still 119 days until gates drop on the first round of the 2021 FIM Motocross World Championship in Oman. It’s thought the season could be Cairoli’s last, with his KTM Factory Racing contract set to expire at the end of 2021.