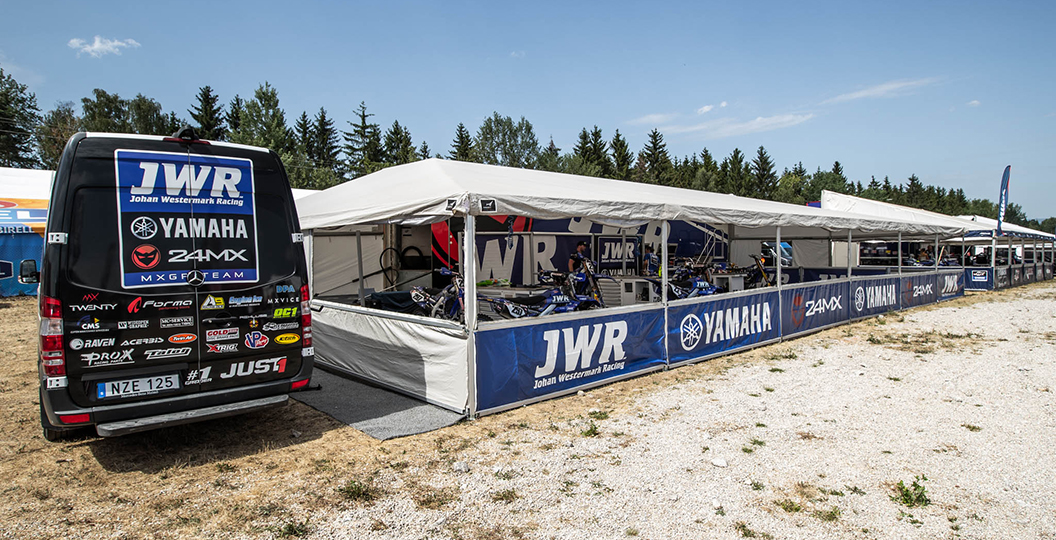 After skipping the two rounds of the 2019 FIM Motocross World Championship in Indonesia, JWR Yamaha Racing have returned to the Grand Prix paddock for the Czech event and are operating at full-strength. That was the plan, at least, before it was decided that Anton Gole would not race. Gole woke up with a fever and has decided that racing is not exactly a smart decision. The news was announced via social media.

“So, so sorry to say this… Woke up with fever and a really sore throat this morning and have made the decision to not line up this weekend. As bad as I’m feeling I cannot make myself justice out on the track. I have eight weekends in a row of racing in front of me so now it’s just to try to get well as fast as possible and prepare myself for Lommel next weekend. Big thank you to my team and everybody around me for everything. We will be back.”

There were actually high hopes for Gole this weekend, as he excelled when the Grand Prix contingent tackled similar conditions at the Grand Prix of Trentino in April. Gole was tenth in the qualifying race on that weekend. Gole is currently twenty-fifth in the premier-class championship standings.