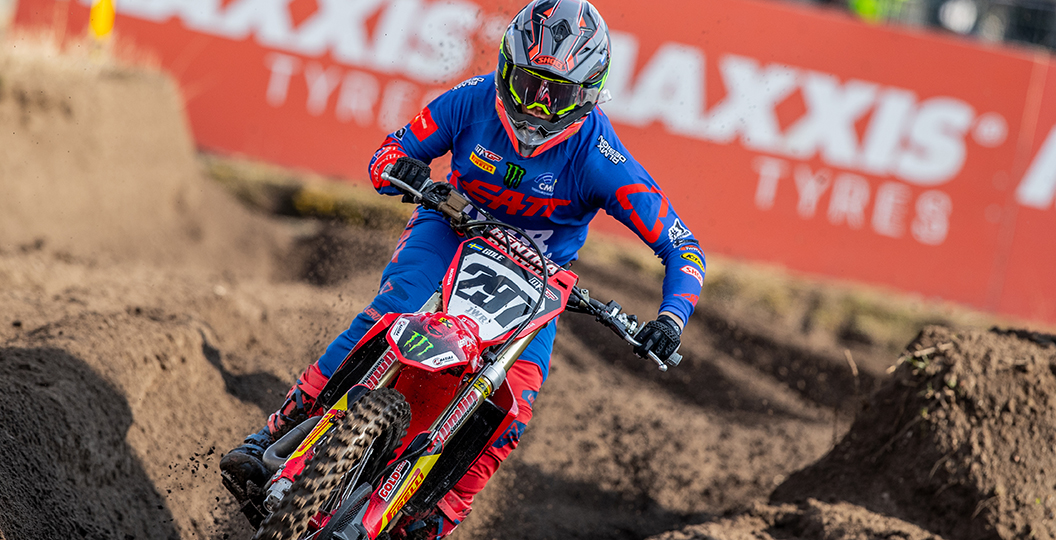 Anton Gole was one of the four riders down in the first turn during the premier-class qualifying heat at round two of the 2020 FIM Motocross World Championship, and has unfortunately come off the worst. Gole went to the medical centre where it was confirmed that he needs stitches in his finger and cannot race, because of the risk of infection. JWR Honda Racing announced that news via social media moments ago.

“Unfortunately we have to announce that Anton is not able to compete the race today after his start crash yesterday. A check up in the medical centre said that the wounds in his finger need to be stitched in the hospital, and there they advised to take some days off the bike because of the danger of infections. Hope the wounds will heal quick and Anton will be back on the bike soon.”

Gole will have plenty of time to recover as JWR Honda Racing don’t compete at flyaway events. Following the announcement that the Grand Prix of Trentino has been postponed, their next scheduled event is the Grand Prix of Spain on April 18/19.