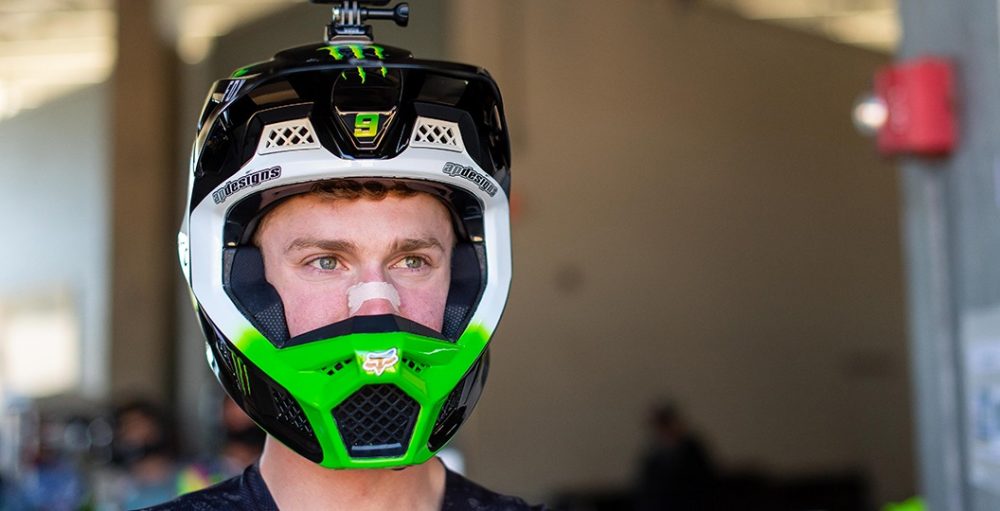 Adam Cianciarulo has finally spoken out about the injuries sustained at round eight of 2021 Monster Energy Supercross. Cianciarulo confirmed that he has sustained a broken collarbone and will miss some races via the statement below.

“A lot of time and effort goes into each season and it’s extremely frustrating to have a set back like we did this past weekend. I broke my collarbone and I’m gonna be off the bike for a bit. I’m really pissed off at myself for making that mistake. It’s completely unacceptable. I won’t be discouraged, though. I love what I do and I put my heart and soul into it. I’m going to keep working on the things I need to in order to reach my goals. Simple as that. I appreciate my supporters and I’ll keep you guys updated.”

Adam Cianciarulo was having a rather positive night inside of Camping World Stadium in Orlando, Florida, for round eight of 2021 Monster Energy Supercross. It seemed as though the Monster Energy Kawasaki rider was set for a podium finish, but an untimely crash in the whoops caused him to withdraw from the main event prematurely. Cianciarulo was in visible pain as he swiftly exited the track.

The crash can be watched below.

There is currently no update on Adam Cianciarulo’s condition, but any news will be added to this page as soon as it filters through.