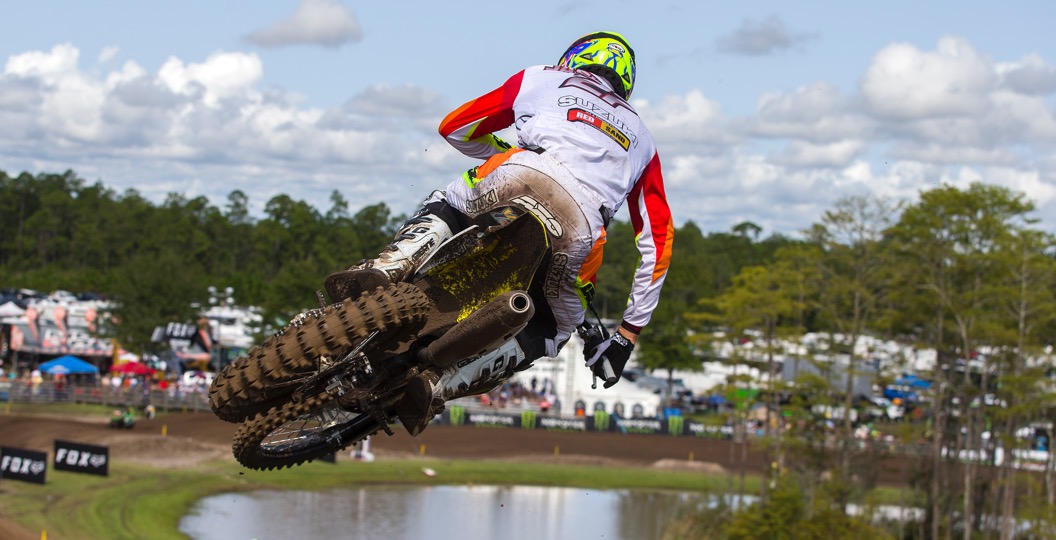 It is inevitable that injuries will occur in the weeks prior to the Motocross of Nations and consequently certain nations will have to drastically alter their squad. This season has been no different, as a handful of contenders have been weakened by health issues. Some teams were fortunate enough to have a lucky escape, however, so we will bring you up to speed on everything that has occurred recently.

Team France: Dylan Ferrandis was initially slated to fill the MX2 berth for the defending champions, Team France, but sustained a broken scaphoid at the penultimate round of the Lucas Oil Pro Motocross series. The French were not panicking at that point, as Benoit Paturel was more than capable of stepping into the role. Paturel then suffered issues of his own, however, as internal injuries forced him to bow out. Who was left at that point? The FFM had to search further afield and eventually came across Christophe Charlier, a former winner in the MX2 category.

Christophe Charlier competed in the FIM EnduroGP World Championship this season, so has not actually lined up at a race of this calibre in fourteen months, and even had a hard hit in a race just last weekend. A pair of crashes at Hawkstone Park left him battered and bruised, but it seems as though that is firmly in the past. The fact that he will have factory machinery at his disposal is a big perk and one that will undoubtedly aid him in the mixed races on Sunday.

Team Belgium: Team Belgium would have been the favourites, had two of their initial riders not sustained injuries. Clement Desalle was the first to withdraw from the event, as he injured his lower back at the penultimate round of the FIM Motocross World Championship, and then Julien Lieber sustained ligament damage just last week. Jeremy Van Horebeek will represent Belgium in MXGP, so Kevin Strijbos has been drafted in to pilot the second 450F. Brent Van Doninck, who raced at this event for the first time twelve months ago, will race in MX2.

Team Italy: Michele Cervellin missed the final two rounds of the FIM Motocross World Championship with a groin issue. It was initially feared that he would not be in a position to compete at the Motocross of Nations, as doctors urged him to rest, but he’ll be on the line for Team Italy. Italy are under the radar entering the event, as Antonio Cairoli is the favourite to win in MXGP and Alessandro Lupino should hover around the top ten in the Open category.

Team Russia: Evgeny Bobryshev was eager to make a statement in moto two at the Grand Prix finale, but an untimely fall left him with a damaged thumb. The HRC pilot feared that it was dislocated to begin with, which would have been a substantial hit for Team Russia, but it seems that there is no significant damage. Evgeny Mikhaylov and Semen Rogozin will complete the squad. Those are lesser names, admittedly, but it is almost guaranteed that Russia will slide into the programme on Sunday.

Team Lithuania: Losing Arminas Jasikonis was a major hit for Team Lithuania, as they would have relied on him to carry them into a qualifying position. Jasikonis dislocated his hip at the Monster Energy MXGP of USA earlier this month, of course, so it will be quite a while before he can ride again, let alone race at the highest level. Domantas Jazdauskas, Dovydas Karka and Arnas Milevicius will represent the nation.