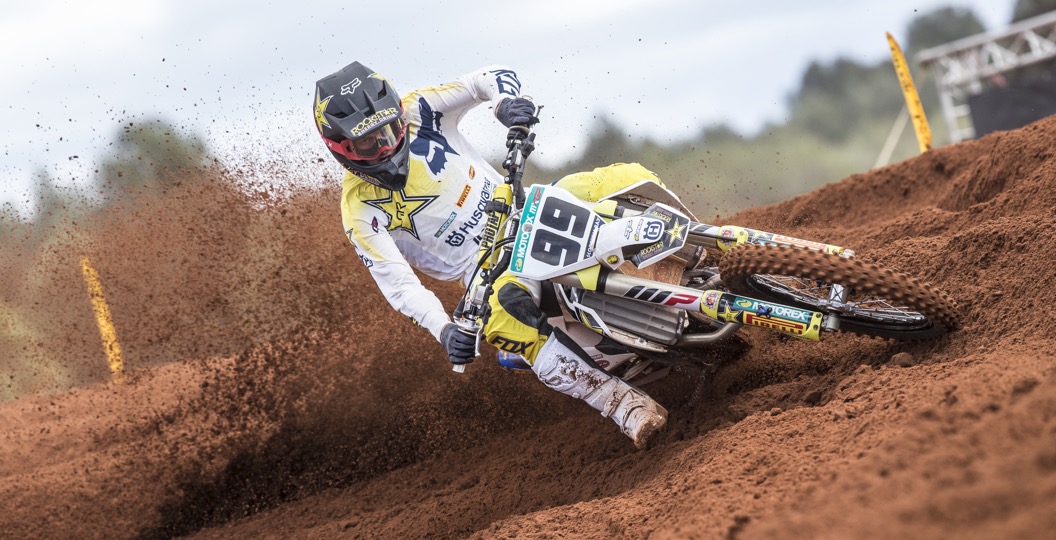 The Injured: MXGP of Trentino

When this feature was put together at the first Grand Prix of the season, it was fairly small and almost irrelevant. The list has grown significantly in recent weeks, however, as twelve guys have suffered hits in the last month.

Max Anstie: Max Anstie crashed in warm up at the MXGP of La Comunitat Valenciana and was left battered and bruised, so skipped the motos. ’99’ returned at the second round of the Dutch Masters last weekend and will obviously catapult himself back into Grand Prix action this weekend.

Max Anstie: Max Anstie crashed in warm up at the MXGP of La Comunitat Valenciana and was left battered and bruised, so skipped the motos. ’99’ returned at the second round of the Dutch Masters last weekend and will obviously catapult himself back into Grand Prix action this weekend.

Darian Sanayei: Darian Sanayei damaged his knee at the first round of the Maxxis British Championship, as most readers are aware, but that is not an issue that will rule him out for a significant amount of time. Sanayei is working to make improvements with it every day and will be out on track tomorrow, but then expects to be much closer to one hundred percent in Portugal next weekend.

Michele Cervellin: Michele Cervellin actually injured his knee at the Grand Prix of Patagonia-Argentina, but still raced the opening round of the Italian Championship at Pietramurata and, unsurprisingly, aggravated it further. Now, four weeks on, he will make his return at that circuit.

Micha-Boy De Waal: Micha Boy De Waal, of the Jumbo No Fear Vamo Honda team, broke his collarbone at the MXGP of Europe in March. In a rather quick turnaround, he got back on track at the second round of the Dutch Masters and will also race at Pietramurata this weekend.

Jordi Tixier: Jordi Tixier initially labelled this round as the one that he would like to return at, but has now realised that is not realistic. Tixier raced at an international in France on Monday and recorded some solid results, such as a fourth place, but was clearly not on top form as the premier class featured just one MXGP regular.

Tommy Searle: Tommy Searle ran into the back of Evgeny Bobryshev at the Grand Prix of Europe and consequently broke his collarbone. It seems as though the injury is fairly simple and that he could return in a couple of weeks. The Grand Prix of Russia is the earliest that he would be able to get back on track, based on that, but the following round in Latvia will probably be where he returns.

Milko Potisek: Milko Potisek tangled with another rider on the face of a jump at the MXGP of Europe and, as a result, fractured his ankle in two places. There is currently no timeline on his recovery, but that will undoubtedly sideline him for a month or two at the very least. Another one bites the dust!

Brian Bogers: Brian Bogers shattered his foot whilst testing a CRF250R in November and has been riding for two weeks now. A recovery time has not yet been specified, despite that, but a further evaluation is expected to take place at the end of the month. It is likely that he will return at the Grand Prix of Russia.

Brian Hsu: Brian Hsu dislocated his shoulder whilst training in Italy before the Grand Prix of Europe. The shoulder was put back into place immediately, which is positive, but it is rather painful at the moment. It is unknown when he is going to return.

Arnaud Tonus: Arnaud Tonus has had a difficult couple of months, with a handful of knocks and injuries. The latest, a dislocated shoulder that was sustained at LaCapelle Marival, was the most devastating, as it required surgery and will rule him of the first portion of the current campaign. There is still no timeline on his recovery, but it is probably going to be a while.

Valentin Guillod: Valentin Guillod needed to make a splash this season, in order to remind pundits just how capable he is aboard the bigger bike, but his hopes of doing that have been dashed by a pre-season injury. Guillod broke his leg in Spain and will miss a majority of the season.

Anton Gole: One could argue that Anton Gole was a breakthrough star a year ago, hence why he landed a deal with the JK Racing Yamaha outfit. Gole will not be present at the first couple of rounds, however, as he sustained a broken scaphoid during the winter months. Those specific injuries can be quite time consuming and there is no timeline on his return.