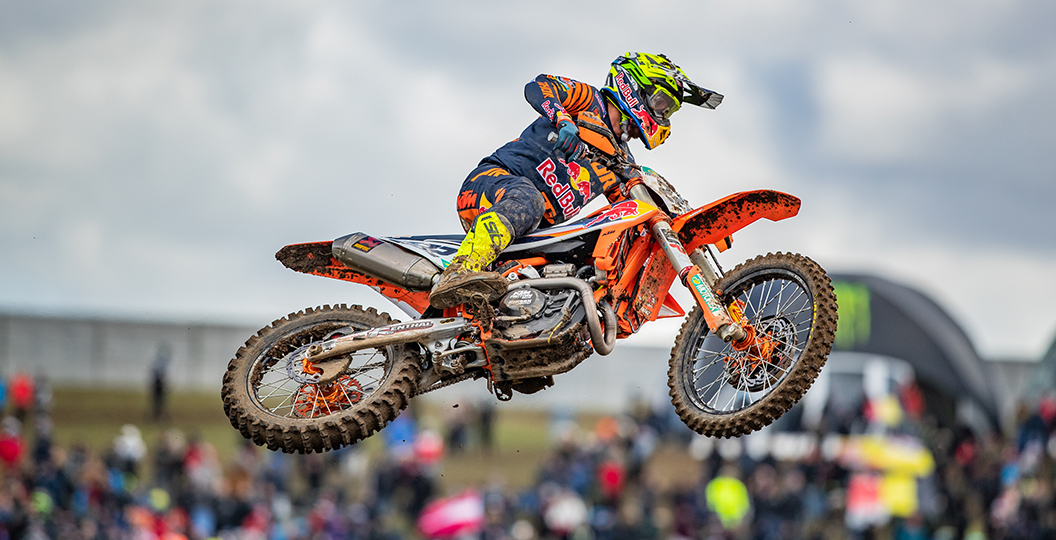 Antonio Cairoli had a solid start to the 2020 FIM Motocross World Championship, even if it was not his most spectacular. Cairoli logged a third and a fourth for third overall on the weekend and now trails the current leader, Jeffrey Herlings, by nine points. It has since transpired that he was dealing with a knee injury that has been described as a second-degree PCL tear. Cairoli confirmed the news via the following statement.

“It is nice to be back on the podium after so many months without racing. My shoulder has improved a lot in recent weeks but last week in Belgium I twisted my right knee and heard a crack. I thought the season was finished already. I went to the doctor and he confirmed a second-degree PCL tear. I taped the knee very hard yesterday and today and all the ruts out there were not helping. I just need to work as much as possible on the muscle to make it as stable as possible. To be on the podium at this track and in these conditions is amazing. I’m motivated again to work really hard and try to build it up. We will see what we can do next.”

The opening round of the Grand Prix season marked the first time that he has lined up at the highest level since the Latvian fixture on June 16 last year. A dislocated shoulder was the injury that sidelined him in the second half of that season.