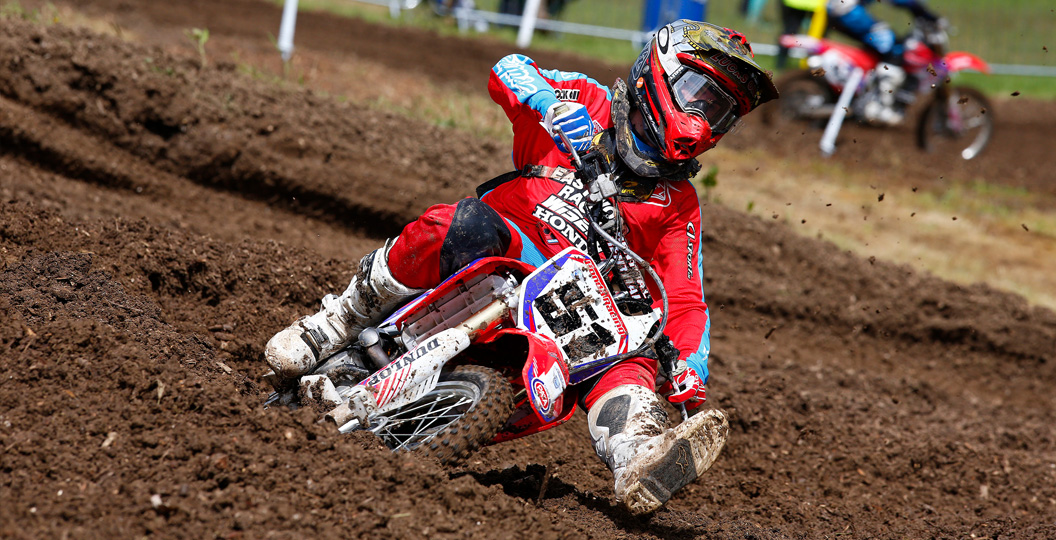 Europe’s finest young motocross riders will head to the MXGP of Germany this weekend for round three of the Honda 150 European Championship.

Riding alongside the FIM Motocross World Championship, the series is the only one of its kind to offer the most talented 11-14 year-old riders the chance to get valuable experience of Grand Prix tracks and shine in front of the world stage.

Every rider is provided with an identical Honda CRF150R machine to which they are only permitted to make limited adjustments, allowing them experience of fine-tuning setup to each of the tracks whilst placing the emphasis firmly on rider talent.

In the first two rounds of the five-round series, three different riders have taken race wins, indicating just how close the competition is. Fin Jere Haavisto leads British rider Albie Wilkie by just three points in the overall standings as they vie tooth and nail to be crowned Honda 150 European Champion and receive a ride in the 2015 EMX250 series with full Honda support.

A full grid of 30 riders will line up at Teutschenthal this weekend with German Eric Schwella making his debut alongside fellow wildcards Tim Edberg and Filip Olsson of Sweden. Cailum Meara will also make his return after being sidelined by injury earlier in the season.

“Our desire with the Honda 150 European Championship is to nurture the motocross talent of tomorrow by supporting them with equal CRF150Rs, enabling them to ride the Grand Prix tracks, and giving them advice, support and tutelage at every step” said Davy Dousselaere, Honda Europe’s Off-Road Manager. “We can see in the first two races of the season how close the competition has been and also the high level of performance of these young riders. We’re also having new riders apply for the series all the time so we can see it’s really gaining momentum in only its second year.

“It’s really tight at the top of the championship after the first two rounds, with three different race winners already so far this season, and I’m excited about taking the spectacle to Teutschenthal this weekend. The racing last time out was some of the most exciting of the weekend, and doubtless it will be just as close at the MXGP of Germany in a few days.”