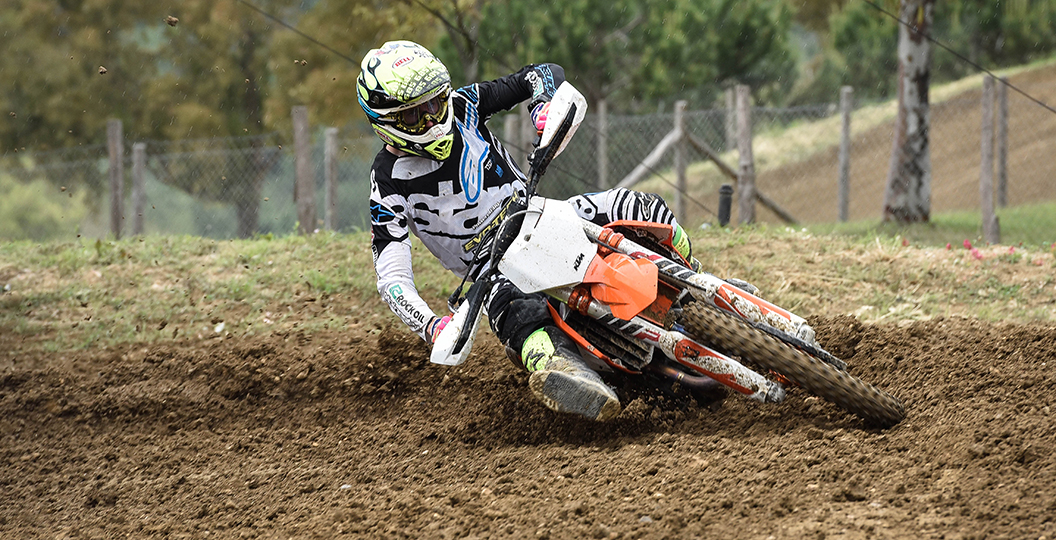 The Red Bull KTM Factory Racing outfit radiate perfection in every single way; presentation, work ethic and results. The squad that once struggled to match their Japanese counterparts now lead the industry and are considered the benchmark in all forms of racing. The countless titles that they acquire each season serve as proof of that.

Is that same level reflected in their stock machinery though? There are always sceptics in the industry that believe that the success that a team in the FIM Motocross World Championship experience comes down to the budget that they are able to chuck at their steeds, but a great base to work from is arguably the largest piece of the puzzle. This was evident when the MX Vice test rider, Jordan Divall, travelled to Italy to test the all-new MY19 range from the Austrian manufacturer. Everything was lined up to perfection and no expense was spared at all.

It is humorous to think about a time when riders steered clear of the KTM 450 SX-F, both at a professional and amateur level, as it was not considered up to par. Instances like that are now just a distant memory, however, as most think that being aboard a KTM is the best way to have a shot at a win at any level. Jordan Divall found that out when he jumped onto the 450 SX-F at that KTM launch and immediately pegged that bike as his favourite of the day. The feedback was very interesting and dispelled a handful of stereotypes.

The bigger bike is considered a handful by even the greatest riders, but Jordan Divall was amazed by how easy to ride the KTM SX-F 450 was. The level of control that one had over the steed was clear when hitting corners, as was both the weight and agility. It is actually worth noting that this model weighs one hundred kilograms, without fuel, which is slightly lighter than the previous model. The weight is just a single piece of the puzzle though and does not truly shine until it is combined with the smooth throttle control, which eliminates any jerkiness and helps riders of all levels maintain corner speed.

Following on from that point about the throttle control, some will question whether that takes away from the raw power. Divall was pleased to report that it does not in the slightest though, as that speed is stored away and ready for those parts of the track where it is really needed. A bit of technical spiel that revolves around this subject is actually most intriguing. A press release from KTM confirms that this is the fastest bike that they have ever built and that it also pushes out an unrivalled sixty-three horsepower in a manner that they believe to be the most effective way possible. All of that was evident in testing.

It just seems as though that raw power has been packaged up better than ever, which would explain why more and more amateur riders are considering the once-feared bigger bike for their activities. The 350 SX-F bridges the gap for those who are not quite ready for that step up, remember, as Divall confirmed that it simply feels like a 250 SX-F that has a lot more power. Cornering was easy yet again, plus the bike felt very agile. There is plenty of torque packed into the engine and a rider is able to use the high revs. It seems as though all of that was what the Austrian manufacturer strived to achieve.

Speaking of that 250 SX-F, Divall did feel that it was rather easy to see why it is the most predominant bike in that category. There was plenty of power, a very high rev range and it was just easy to ride. Divall did explain that it felt as though the bike was a tad lazy when trying to hit corners in a high gear, however, and that being in a lower gear on the exits was most important to then use all of the power up the straights. A rider would have to be of a certain calibre in order to run into an issue such as that though. One could argue that point actually lends itself to the lesser rider and could help weekend warriors to keep control of their powerful steed.

Another bit of technical jargon that stood out at the launch, which was held a couple of months ago, was improvements that have been made to the frame. “The new frame on the KTM 250 SX-F has to cater for the dynamic riding styles associated with MX2 racing,” a statement said. “Improved stiffness equals more responsive handling, while the frame works in even better with the WP suspension, to ensure excellent agility and high-speed stability. The frame features no-dirt footpegs with a simple but effective self-cleaning system that let the footpegs return to their original position every time, for complete control in all conditions.”

Anyway, that is enough about the four-stroke range. Onto the two-strokes, a model that KTM continue to dedicate themselves too and therefore please thousands of fans across the world. There are fans who believe in two-strokes, of course, and the main reason that they do that is because they simply think they are more fun. This was evident when Jordan Divall tested every single bike at the launch, as he pegged the 150 SX as the bike that was the most fun to ride. The power of the 150 SX was similar to the 125 SX, but where the latter died from the middle range the 150 would carry on pulling. The difference between the two models is similar to the 350 SX-F and 450 SX-F.

Jordan Divall claimed that he could rev the engine and the power just would not drop. Another point that stood out was that the brakes were very impressive and allowed everyone to brake later whilst entering a turn. One might claim that it is odd for the brakes to stand out when testing a new model, but this is something that is improved with every single year that passes. Two-strokes also attract riders simply because they are cheaper to buy and run, which is also clear with the KTM range. The 150 SX costs one thousand pound less than the 250 SX-F.

The 125 SX, on the other hand, was a slight disappointment to Divall. The immediate throttle response was very good, just as one would have expected, but the power seemed to die from the middle range and that left him feeling restricted when trying to rev the engine. This is an interesting point to focus on, as one must focus on the actual purpose of this bike. It is not used in top-flight competition anymore, so that point may not be overly important to the target audience. It is built for fun, effectively, and those who want a more manageable machine between their legs.

Speaking of managing the power, the 250 SX was a completely different beast. The power was like a light switch, Divall said, so it was extremely aggressive when exiting corners. There was no smooth power input when trying to roll the throttle on in slick and greasy conditions, which has always been a negative point on the two-strokes. Another thing that a user worries about when purchasing these bikes is vibration, but measures have been taken to improve that. The 250 SX engine features the latest technology along with a counter-balance shaft for low-engine vibration, you see. This was evident when testing the steed.

KTM have achieved so much in such a short space of time, but one could question when a ceiling will be hit. The technology and improvements made to the MY19 range indicate that those in Austria refuse to slow down, however, hence why they continue to reach new heights in all forms of racing. 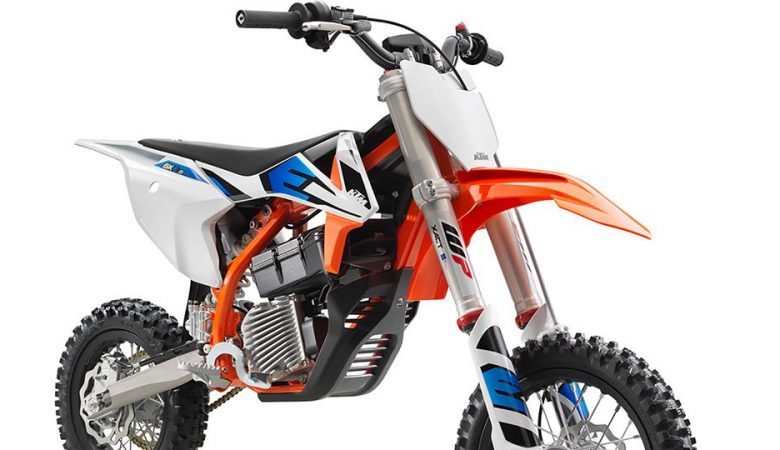 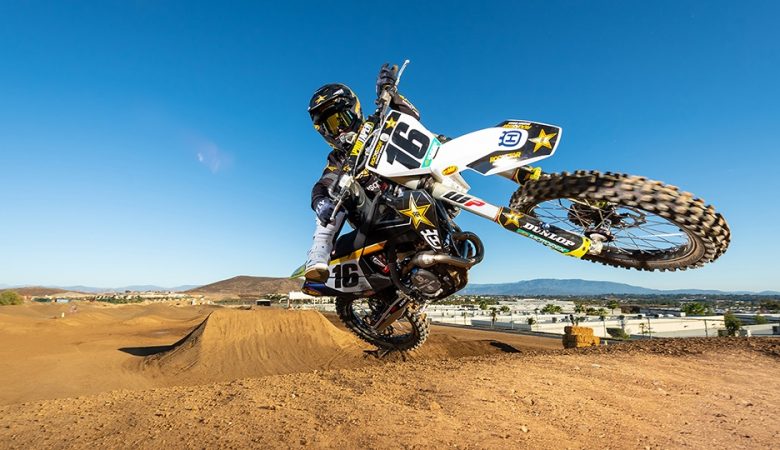 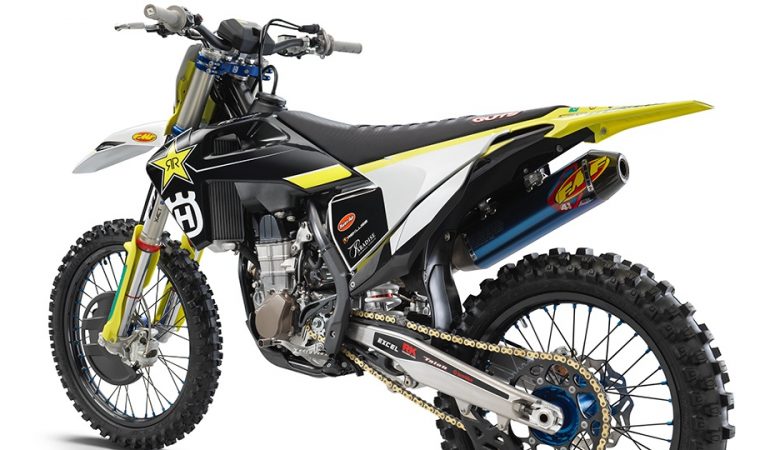 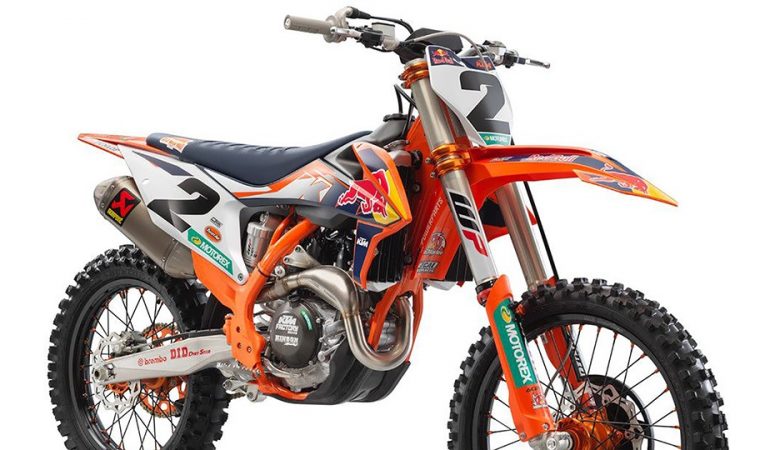