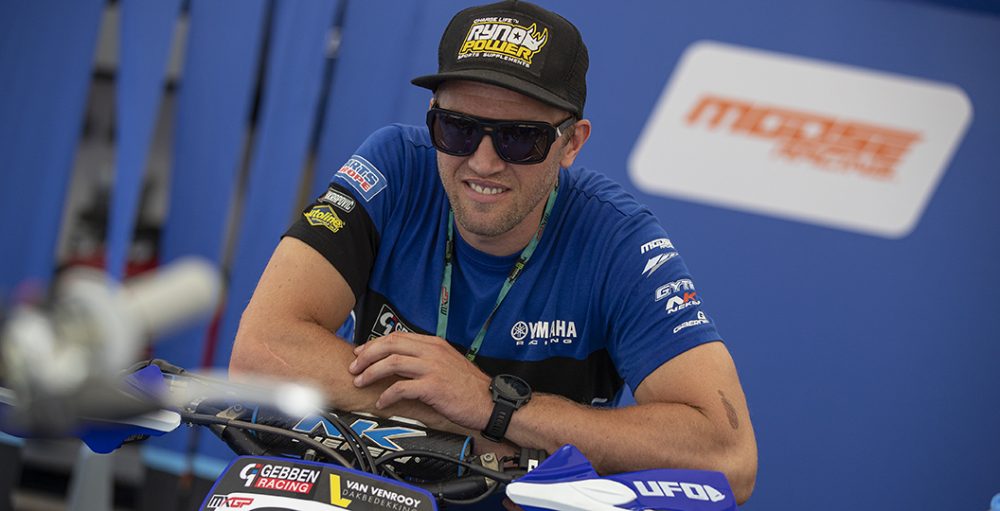 Kevin Strijbos completed a storied career at the final stop of the 2021 FIM Motocross World Championship, the Grand Prix of Citta di Mantova. Strijbos has flirted with the idea of retirement for some time now – the idea often travelled through his head – and thus it is shocking that he has actually pulled the trigger on the move. Strijbos has had a strange career in the sense that it is very unique. Few riders have been at the very top, hit rock bottom and then returned to the highest level.

In this new MX Vice feature, ten poignant moments from Strijbos’ career are tackled. It is rare to spend time to celebrate history in motocross and that means that some, like Strijbos, do not get the send-off that they deserve. There is so much more that happened in his career that there will be additional features in the not-so-distant future, but this is a good starting point! What’s your favourite memory of Kevin Strijbos? Remember to share it on social media (@motocrossvice on Twitter).

1: It is only right to begin with his first jump to the top, that being at the Grand Prix of Italy in 2004. Strijbos had enjoyed a successful season in the eight events that preceded the round; he had three moto podiums and one overall podium (that actually happened in the Lichtenvoorde sand). Italy was where he really served notice that he was going to be a force – he led every single lap of moto one to beat Stefan Everts to the win by a second. Put simply, that would be like Kay de Wolf pipping Jeffrey Herlings to a moto victory now. Strijbos went on to take another moto win in Sweden and ended the term with two podium finishes.

2: Expectations changed heading into the 2005 FIM Motocross World Championship, but thrombosis in his arm sidelined him for much of that term. There was still time for him to advance, even though he competed at just ten of the rounds and was not at full fitness for a lot of those. Strijbos won the first Grand Prix of his career in the Czech Republic via 1-4 scores (ironically the same results that he secured at Gallarate in 2004). It was the sole race win and overall podium of his campaign. Limited success, yes, but such a poignant step in the right direction and an event that some recall to this day.

3: Stefan Everts ensured that few stars would be able to taste some success during the 2006 FIM Motocross World Championship, but Strijbos was one of just four stars to experience a moto win (that occurred at the Grand Prix of Spain at Bellpuig). Strijbos was the closest to Everts across the whole year – he finished second in the final championship standings and was forty-six points ahead of his esteemed teammate, Steve Ramon, in third place. Crucially, this marked the first time that he took a medal at the end of a Grand Prix campaign.

4: The 2007 FIM Motocross World Championship could be discussed at length, as it was the greatest season that Strijbos had and one where he should have been world champ. Strijbos was twenty-five points clear of the eventual champ, Ramon, following the sixth round, but damaged cartilage in his left knee forced him to miss two events. Strijbos returned, went on a tear, and ended up in second in the championship for the second year in succession. Thirty-three measly points separated him from the gold plate, but he finished with four Grand Prix wins and six moto wins.

It all changed after that. Strijbos and Suzuki parted ways, which kicked off some horrific seasons for him in which he contemplated retirement. Strijbos went from GPKR Kawasaki to Martin Honda in those years that followed, before dropping into smaller privateer squads like Beursfoon Suzuki and Delta Suzuki. Countless injuries meant that he did not land on the podium in four terms, let alone take victories. Bear in mind that those years should have been when he was at his peak – it’s no wonder why so many wrote him off and looked to the next wave.

5: The 2011 FIM Motocross World Championship was where things started to turn around for Strijbos, who hovered around the top ten on privateer equipment. There was a clear turning point that most overlook – he was drafted back into the Rockstar Energy Suzuki World MX1 awning for the final four rounds and really started to hit his former level. There were still no podium finishes, but he tied for third overall at the finale. Looking back now, ten years on, the result was much more poignant than anyone realised. It was the start of his second chapter.

6: HM Plant KTM UK (now Hitachi KTM fuelled by Milwaukee) signed Kevin Strijbos heading into the 2012 FIM Motocross World Championship, a season that saw him return to the overall podium and most notably hit the chequered flag first in moto two at the Grand Prix of Latvia. It was the first win for Strijbos in 1779 days. Not only that, but he also leapt onto the overall podium three times and clinched sixth in the championship standings. A significant step forward from where he was and a performance that earned him a full-time contract with Rockstar Energy Suzuki World MX1. Strijbos went full circle!

7: There was another layer to the campaign with HM Plant KTM UK that may have helped him leap back to factory status. Strijbos took the MX1 title in the 2012 Maxxis British Championship, quite comfortably, and one would think that did wonders for his confidence. Becoming a consistent winner again, even if it was at a domestic level, would have restored confidence and given him momentum that was desperately needed. Shaun Simpson was his closest rival for the title, a man who coincidentally announced his retirement on the same day as Strijbos.

9: When Strijbos, still a rider on the Suzuki World MXGP team, rolled into the fourteenth round of the 2016 FIM Motocross World Championship, that being the Grand Prix of Belgium, it had been 3256 days since he had claimed an overall victory. It was on that day that he clinched the sixth and final Grand Prix victory of his very impressive career. A 3-3 scorecard ensured that after many years of hard work and heartbreak, he returned to the position that he should have been in all along. It was only fitting that he managed it with the same team that helped catapult him into the spotlight and at home no less.

10: Although the 2016 Grand Prix of Belgium was the last time that he got on the Grand Prix podium, it was not the final time that he tasted champagne. The 2019 Motocross of Nations, held in The Netherlands, was another reminder to not doubt Strijbos. Having endured a season that was riddled by injuries on a privateer Yamaha, he went to the most prestigious event of the year and showed more flashes. Finishing second in his qualifying heat on Saturday, just one second from the eventual winner on a factory bike, he led Belgium to pole and helped them secure second in the final classification.

In many ways, that is the best way to sum up the final years of his career. Although results were rarely consistent enough to garner attention, those who kept a very close eye on proceedings would have spotted regular flashes of speed and potential. In what ended up being his final season, again aboard a Yamaha, he ran top ten and proved that he still belongs in the FIM Motocross World Championship. It was 6371 days ago that he claimed his first moto victory – few manage to remain relevant over such a prolonged period. Bravo, Kevin.