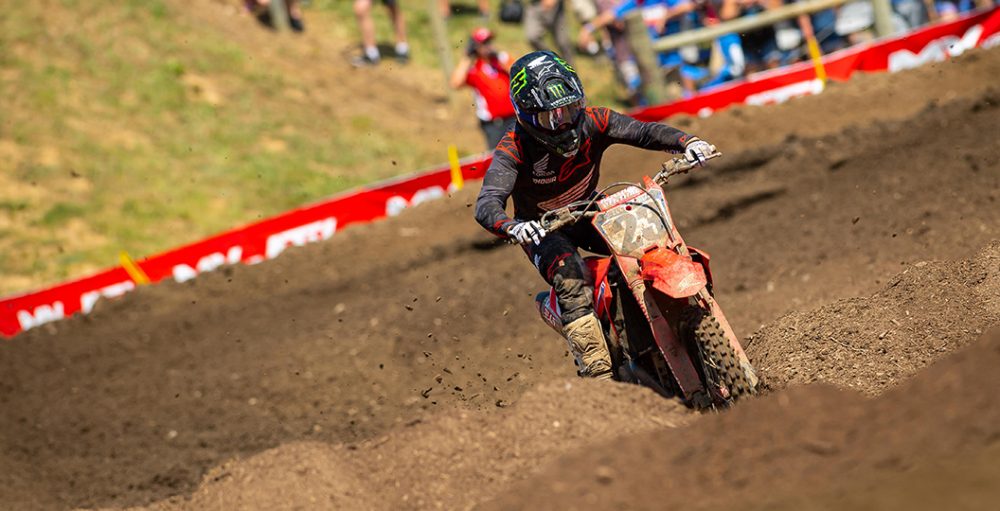 Steve Matthes, of PulpMX and Racer X, has just shared interesting news about Team USA’s involvement in the upcoming Motocross of Nations. It sounds as though further travel restrictions could be introduced on September 01 (Wednesday) and those could stop USA from sending a team for the first time since 2004. A quick Google search reveals that the EU is currently debating whether to put a travel ban on visitors from the United States.

“September first is a big day for Team USA, new restrictions for EU travel are expected to be announced & that could prevent the team from going. As of now, it’s still on.”

It was previously reported that Team USA would be announced at Fox Raceway 2 this coming Saturday. That will be September 04, so perhaps there will be some clarity one way or another.

Team USA’s MXoN team is typically named at Unadilla each year. That did not happen last weekend, of course, but it was soon revealed that an announcement would occur at Budds Creek today. The leading motocross website in the world, Racer X Online, has now confirmed that the USA announcement’s been delayed by a further two weeks. An excerpt from Davey Coombs’ text is below.

“The AMA was set to announce Team USA for the 2021 Monster Energy FIM Motocross of Nations this weekend at Budds Creek, but they have put a hold on the announcement due to the uncertainty of these latest COVID-19 outbreaks and restrictions. The plan now is to way until Fox Raceway at Pala 2, which is September 4, because there is talk that the European Union will be announcing new developments on September 1 that could affect the race and the opportunity to travel.”

The above is worrying, as the MXoN needs Team USA in order to make it the spectacle that it truly deserves to be. With COVID-19 cases rising around the world, however, it would not be much of a shock for further restrictions to be implemented, which would hurt the chances of international teams travelling to Mantova on September 25/26.

Team USA confirmed that they were going to compete earlier this year and that appears to still be the intention. Chase Sexton, RJ Hampshire and Justin Barcia have been heavily rumoured to compete for Team USA’s MXoN team for some time now. The ever-changing restrictions have even called that into question now, as some of the manufacturers are stricter than others.

Nine teams for the 2021 MXoN have been confirmed; The Netherlands, France and Belgium are the most noteworthy. The world waits for the teams from USA, Australia (that seems to be even more of a dire situation), Great Britain and Italy to be named next.