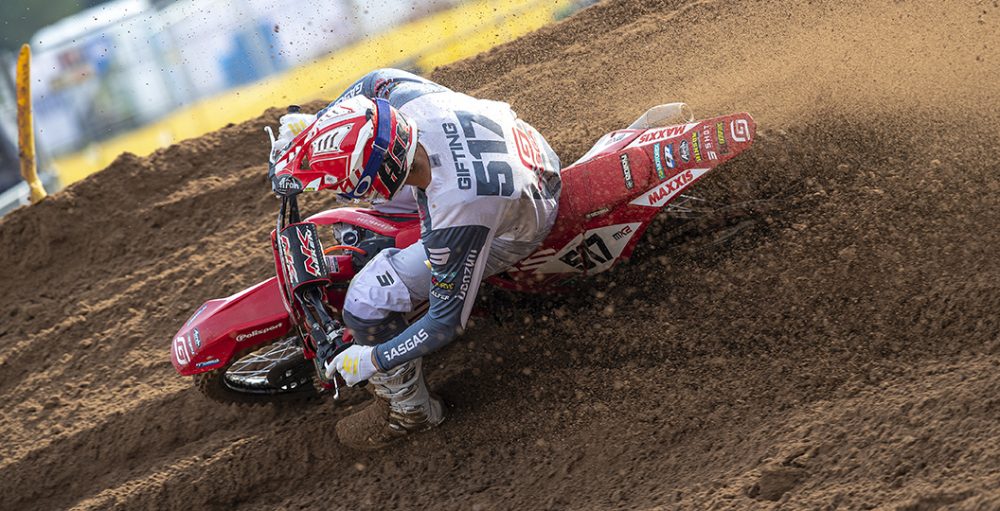 Sweden’s MXoN team has been announced! Sweden is set to field a full-strength squad at Mantova on September 25/26 – that could serve them well as a lot of nations struggle to piece three competitive riders together. Alvin Ostlund (MXGP), Isak Gifting (MX2) and Anton Gole (Open) will represent Team Sweden at the end of next month. All three riders are currently racing in the 2021 FIM Motocross World Championship on a full-time basis.

Alvin Ostlund has been somewhat of a revelation in the Grand Prix series this season. Stepping up into the 450F class for the first time, he has pushed the top ten on more than one occasion. Ostlund’s sat in twenty-first in the championship standings, despite a rough run of late. Sand was his strength in the MX2 division and yet, now that he is on the bigger bike, he seems to prosper on the hard-pack circuits. A thirteenth in a moto is his season-best finish at the time of writing.

Isak Gifting’s had a rough go of it thus far this season, as he entered the campaign with three fractures in his foot and ligament damage. There have been signs of improvements as of late – he has started to become more of a top-ten regular and shown flashes of potential at points. Gifting finished eighth overall in MX2 at Mantova a year ago. Anton Gole, the third guy on Team Sweden, is racing in the MXGP division on his own Moto Star Husqvarna Scandinavia team and has scored one point thus far.

Sweden’s MXoN team ended in fourteenth overall at the previous edition of the event in The Netherlands; Filip Bengtsson, Alvin Ostlund and Anton Gole represented the nation that season. Sweden last finished in the top ten at the 2017 Motocross of Nations.