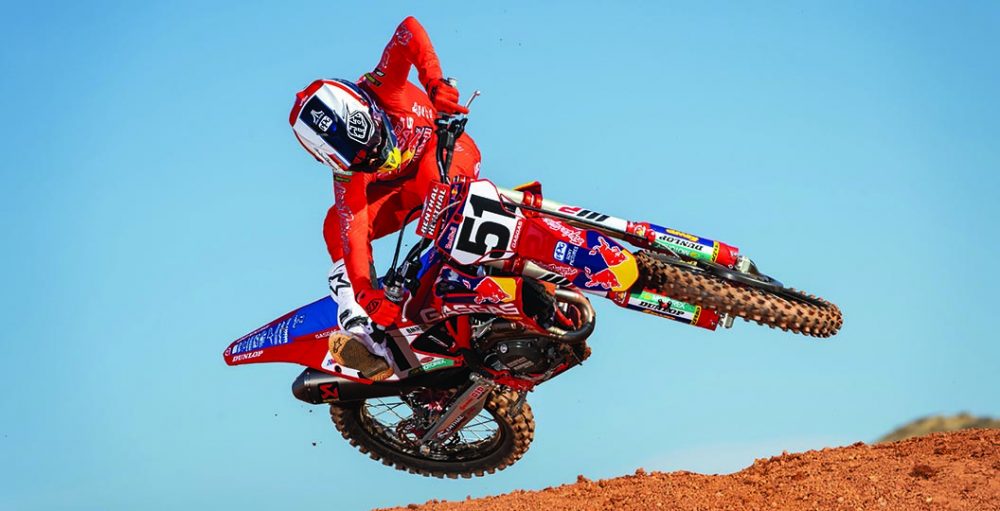 Troy Lee Designs Red Bull GASGAS Factory Racing will receive a considerable amount of attention this year, thanks in part to signing Justin Barcia. Barcia will be joined by Pierce Brown and Michael Mosiman beneath the awning. Although 2021 Monster Energy Supercross begins a little later this time, the three-man team has already completed their pre-season photo shoot. Those images are below. Take note of the team’s new sponsor, Sony Pictures.