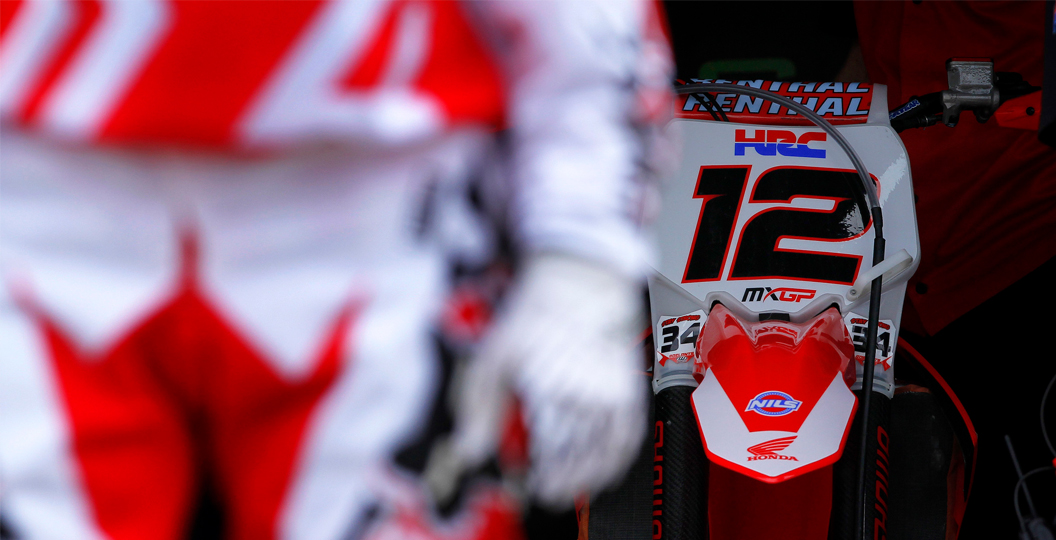 Team HRC looking for a lucky number thirteen in Finland

The MXGP of Finland, round thirteen of the championship, is held at the Hyvinkaa track 60km north of Helsinki, and marks the second in a back-to-back pairing of races in the Scandic region.

Finland returned to the calendar in 2013 after a lengthy lay-off and the deep sand should suit both the Honda CRF450RW and Max Nagl’s riding style on the No.12 machine.

Three days ago Nagl rode to third place in the second race in Sweden, meaning from the last three weekends since his return he’s finished second overall at the MXGP of Germany including taking a race win, taken the overall victory in the ADAC MX Masters, and most recently the third in Sweden.

Evgeny Bobryshev continues his recovery from the incident in which he received a broken leg in Italy. Currently rest is the order of the day so he’s at home in Belgium, but after returning to see his doctor last week he can now start to use crutches rather than being bound to a wheelchair. He has been given a timeframe of six weeks to be back on the bike again.

With its advantageous viewing spots and a clear forecast predicted, the Hyvinkaa track looks set to host a thrilling weekend of motocross racing.