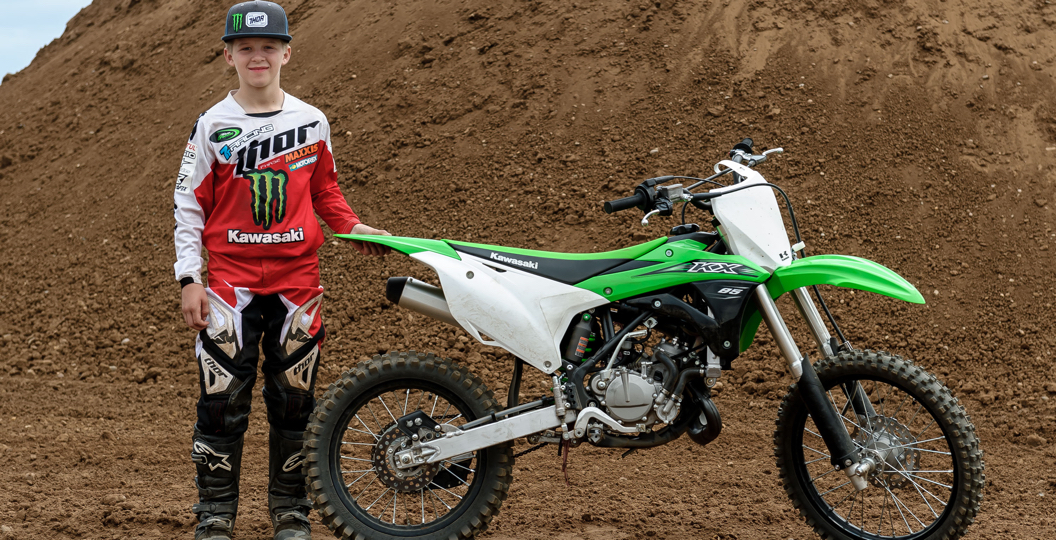 Following a very successful season in 2015, Team Green Youth has now revealed their four rider lineup for the 2016 season.

Moving up to the Rookie class – and competing on a KX250F for the first time – will be 15-year-old Dylan Woodcock, who has been with Team Green Youth since it was reformed three years ago and Jed Etchells who will be entering his 3rd season with the team.

Winner of the 2015 Small Wheeled 85cc British Championship, Kacey, competed at the last round on a KX85 and is set to run at the front of the pack from the start of the 2016 season.

The team will be competing in the UK Arenacross series, the British Youth Nationals and selected European races.

Team Green would like to thank its primary sponsors: Maxxis, Motorex, Monster Energy and Madison (Thor) for their continued valuable support.

Jeff Perrett, Team Green Youth Team Manager, said: “Team Green Youth has gone from strength to strength over the past couple of years, and I am really excited about the team lineup we have moving into 2016. I’d like to welcome Kacey to the team, and he can be sure that he along with the rest of the team will have the tools they need to get the job done next year!”

Ross Burridge, Senior Racing and Marketing Co-ordinator for Kawasaki UK, said: “We really want to be able to nurture much needed young talent in the UK, and offer them a ladder of progression right the way through to a professional level. Seeing Dylan and Jed move up into the 250cc Rookie class is very exciting and I can’t wait to see what they can do in their first year in that class.”