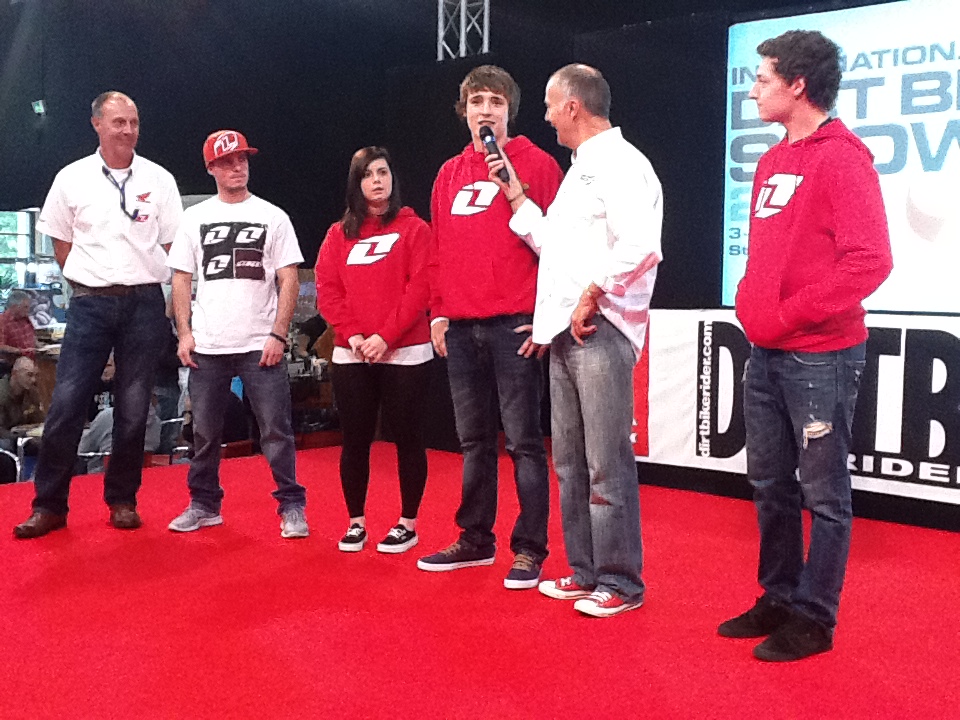 Buildbase Honda had another fantastic day at the Dirt Bike Show at Stoneleigh Park.

The crowd were treated to a presentation of Team riders of both Buildbase Honda and the satellite Phoenix Tools Honda Team.

The Buildbase Honda’s continue to turn heads at the show and we’re looking forward to a fantastic final day tomorrow (Sunday).

See you there. Check out the pics attached.

Simon Herbert from Honda UK, here seen talking to Dave and Ryan Thorpe, was a welcome visitor to Stoneleigh today and the team look forward to seeing him around the circuits in 2012.