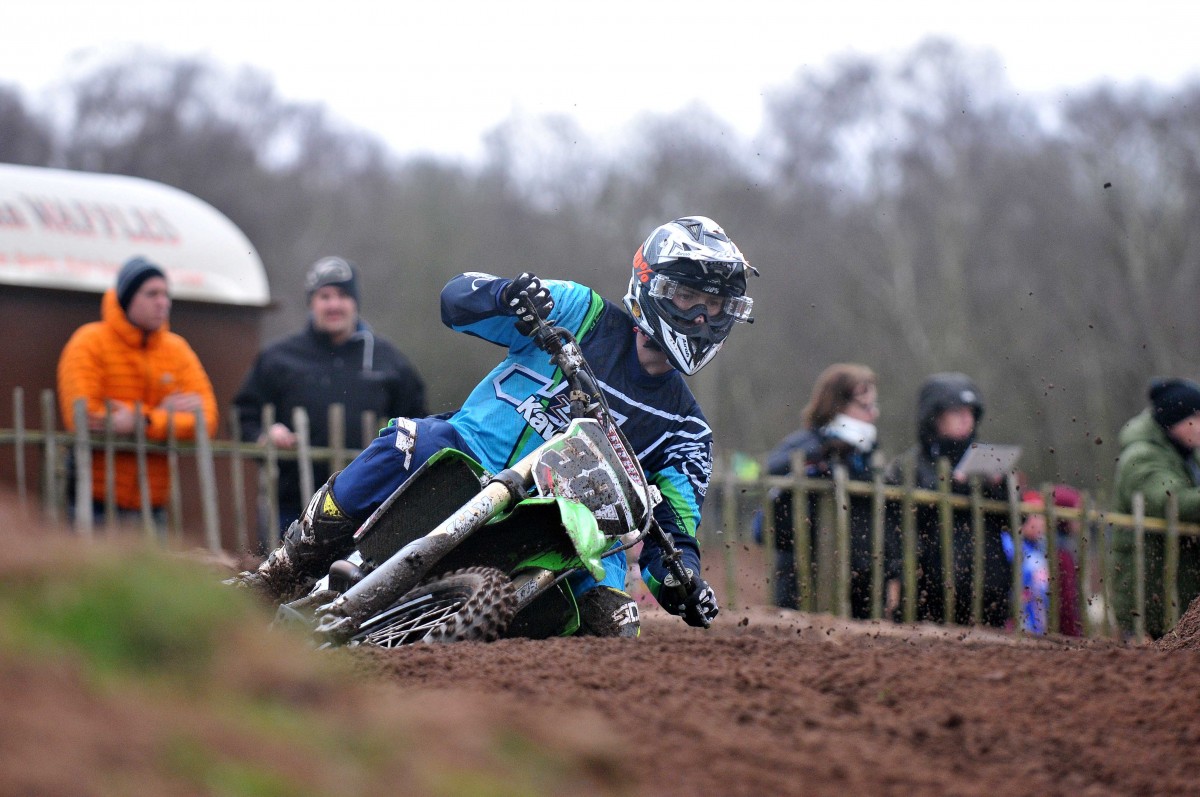 After a challenging few months behind the scenes, the Talon Kawasaki team were up and running at the Hawkstone International on Sunday. MX1 Rider Dorren Coutts was on the sidelines for this one, as he has recently had shoulder surgery and with no bike time, the team thought it would not be the best place for a comeback.

However, fellow MX1 rider Yentel Martens was ready to go after experiencing a nine-month break from racing himself. With the team still not one hundred percent operational, and still working on sponsorship deals, the Hawkstone International came around a bit too soon.

But qualifying was soon upon the team, and it gave Yentel a taste of racing for the first time since April last year. With no expectations, Martens posted the sixteenth fastest time in the MX1 class, which was a solid base to build off of.

With a large crowd in attendance, the first moto of the season took off at midday. Yentel had a bad start, which meant that he had to work through the stacked field. At the end of the first lap, he had moved into nineteenth, but he still had a lot of work to do. Each lap he continued to pick off riders, and by lap ten he had passed Irwin, Ratsep and Carless, which put him in eleventh. Martens proved that his fitness is on point, as he made a pass for tenth on the final lap.

It was a similar story in race two and the superfinal, as Yentel continued to have bad starts. However, like he did in race one, he pushed from start to finish, and ended race two with an eleventh, which put him ninth overall in the MX1 class. In the superfinal, Martens didn’t have the best of starts again, but he salvaged a fifteenth.

The Talon Kawasaki team was left wondering what could have been if Yentel Martens had gotten some good starts. However, there were many positives to extract from the Hawkstone International, as it is clear that Yentel is fighting fit and ready to compete. It certainly seems like an exciting year lies ahead for the team, especially when Dorren Coutts returning to racing in a couple of week’s time!

Team Owner James Burfield will take a step back and hand over the reigns to Rob Boseley full time for the rest of this year.  Rob will handle all the day-to-day affairs with the team, from orders, travelling, budgets, through to handling all the action on race day. James will work in the background to focus on securing more sponsorship for the team.

Rob Boseley (Team Manager): “Great to return this year with a rider that gives everything, is one hundred percent committed, professional and never gives up. Throughout the whole race he grew stronger, whilst others faded. We are all very excited about 2014 and we are working hard to find more sponsors to help build on this good thing that we have going.”

Yentel Martens (MX1 Rider): “I was pleased with my riding but not so pleased with my starts, I just couldn’t get the concrete starts dialed. The bike is good, I’m feeling good and I’m looking forward to getting to Landrake for the first round of the British Championship.”

James Burfield: “With MX Vice, MX Nationals and Burfield I have bitten off more than I can chew this year as everything is growing at a rate that is hard to keep up with. Talon Kawasaki needs more involvement and at the moment I’m unable to put in what’s required. Luckily the team has a great group of people who are involved and are driving the team forward. I will work hard behind the scenes to promote the team as much as possible and also look for additional funding.”