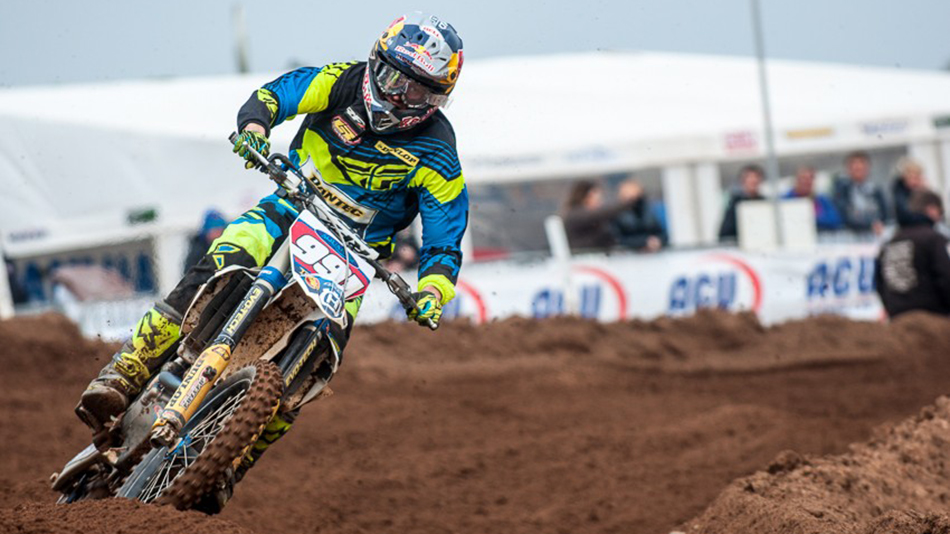 Injuries are the without doubt the worst part about motocross.

There has not been a full line up of factory riders in MXGP all season after both Ken De Dycker and Tyla Rattray missed the first couple of rounds and then Tommy Searle got injured in Thailand.

And now it appears that the entire 2014 season won’t see a full line up of the factory teams’ first choice riders.  This week three leading factory riders have had their seasons ruined by crashes that, in the case of Max Nagl, Todd Waters and also Mike Kras, wasn’t even their fault.

On the same day leading MX2 championship contender Glenn Coldenhoff injured his knee and is out for the season.It is a devastating blow to each rider and in the case of Coldenhoff and Waters will rule them out for the rest of the season.

Coldenhoff thankfully has a MXGP deal already sorted with factory Suzuki, but young Dutchman was coming into his home GP in Valkenswaard in the form of his life and on a bike he seemed to loving. Now he has months of pain and recovery to get back to the form that had taken him a life time to get too. But Coldenhoff has recovered from numerous injuries before and hopefully he can do so again.

For Todd Waters however, this might be an even bigger blow. Waters was in his first year of GP racing and had been doing well. The Aussie wasn’t doing anything spectacular but was super consistent and rarely made mistakes in all the Grand Prix events he has entered so far.  Waters was doing exactly what he had to do in his first season, learn the tracks and get some consistent finishes.

Unfortunately a crash, that wasn’t even his fault, has left him badly injured and sweating on getting a contract for next season. Waters only had a one year deal with Factory Husky and with a lot of MX2 guys potentially moving up next season due to the age rule, Husqvarna will no doubt be on the lookout for riders that will further improve their brand and results.

And with their MX2 guy Romain Febvre already going the speed of his MXGP counterparts you would imagine he would take one of the MXGP team spots. It will be interesting to see if Husky stick by Waters but if they don’t Waters should have done enough to get a ride with one of the privateer teams – hopefully!

Max Nagl is also in his last year of an HRC Honda contract but Max has been be-set by problems the last two season and now has a broken wrist. Fortunately for Nagl, and Honda, Max should be back around June time but it is still another season interrupted by injury just when it looked like Nagl was putting the injuries behind him and gaining momentum.

But for every cloud there is a silver lining and with these injuries it may give other riders a chance to impress on a factory team. For example should Husky reward Nathan Watson for his rides in the UK this season by giving him an opportunity on the factory team or maybe former GP rider Pascal Rauchenecker could come in like he did for Thailand and Brazil, or what about Sebastian Pourcel?

HRC also have options such as rewarding Xavier Boog for his recent good results or would full privateer Joel Roelants be a contender after showing he has top ten speed with very help? Gordon Crockard is also an option as he is already part of the Honda family and has been keeping himself in shape and almost got the Honda replacement gig last year. Or would young Belgian talent Jeremy Delince be a viable option, maybe even Josh Hill from America who has nothing to do when supercross ends in two weeks. There is also Frenchmen Gregory Aranda, Nicholaus Aubin and Valentin Teillet who could come in and do a job.

In MX2 team Suzuki had three riders so they may not be in a rush to replace Coldenhoff and with Suzuki not having many riders getting support the options are pretty slim but perhaps Graeme Irwin would be worthy of call? It would of course be Graeme’s first opportunity on competitive MX2 machinery at GP level.

They also have Brian Hsu as their EMX125 guy but maybe later in the year he could step up to the MX2 class on a 250f. Travis Baker was a solid outdoor rider in the US and currently has no ride is another option.

Of course riders currently having rides for different teams complicate the replacement process but as we saw with Weston Peick in America, when he moved to RCH or Tedesco being a replacement rider for two different teams already this year, where there is a will there is a way.  And maybe some of these riders might just show the world their talent and become a permanent fixture in GP racing thanks to this opportunity and if they don’t take it, at least they got a chance.