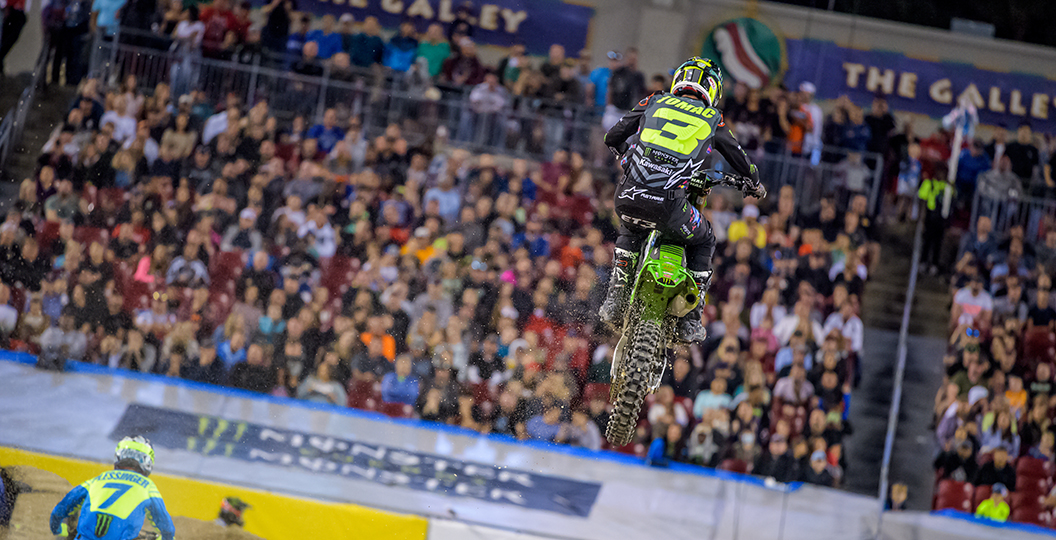 Feld Motor Sports just released another batch of ‘Power Rankings’ ahead of the eighth round of 2020 Monster Energy Supercross, Arlington, this weekend. There are not too many surprises this week. Cooper Webb is still sat in second, ahead of Ken Roczen (and rightfully so). The biggest change is that Justin Barcia has jumped back ahead of Adam Cianciarulo to claim fourth. Is that the correct move? Barcia was particularly strong but Cianciarulo did lead laps. It’s debatable!

Shane McElrath has jumped to the top in the 250SX East rankings. That is not a surprise at all though, is it? It is surprising that Joey Crown has not made it onto the list, after a phenomenal start to the campaign, but Jordan Bailey did after finishing up in seventeenth in the main event. Crown should have been ahead of Josh Hill – ninth on the list below – as well. Anyway, peruse the rankings in the post below and share your thoughts on social media (motocrossvice on Twitter).

Check out the updated Power Rankings as we head into round 8?? of @MonsterEnergy Supercross ? #SupercrossLIVE