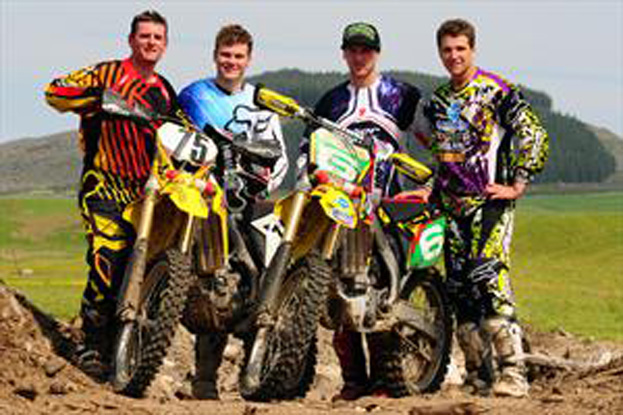 Rhys Carter took his Suzuki RM-Z250 into the lead of the gruelling race and quickly began to stretch out that advantage in the Tahorakuri Forest event, pitting to refuel and hand over the bike to team-mate Jesse Donnelly almost two-minutes ahead after just one lap.

Two laps later, the team had increased its lead to four minutes over the next best duo, Reece and Allan Burgess, with Suzuki’s Mark Penny and Josh Jack in third place after a poor start. Penny and Jack eventually found a way past the Burgess brothers, Penny taking advantage on the fifth lap of seven when Reece Burgess crashed in front of him.

Runners-up Penny and Jack battled through from 25th at the start, to be in 10th position at the end of lap one, sixth after two laps; and third after lap four, Carter and Donnelly eventually taking victory by just under three minutes from the hard-charging Penny and Jack pairing.

Instead of sharing the one bike, Penny and Jack opted to ride their own machines, passing the ‘baton’ at each change-over. This meant their turn-around in the pits was much quicker than the Carter/ Donnelly duo, who had to refuel the bike or change their air filter on each lap. But it also meant Penny and Jack were classified as a ‘Big Bore’ (over-300cc) team because Penny was on his RM-X450. Even though Jack opted to ride his RM-Z250, the team’s classification was determined by the larger-capacity of the two bikes used, giving Suzuki both the small-bore and big-bore trophies.

“We were forced to play catch-up all day,” said 38-year-old Penny. “I got a shocking start and then crashed when another rider fell in front of me. We couldn’t close the gap enough on Rhys Carter and Jesse Donnelly; those guys were on fire today, but I’m happy with second.”