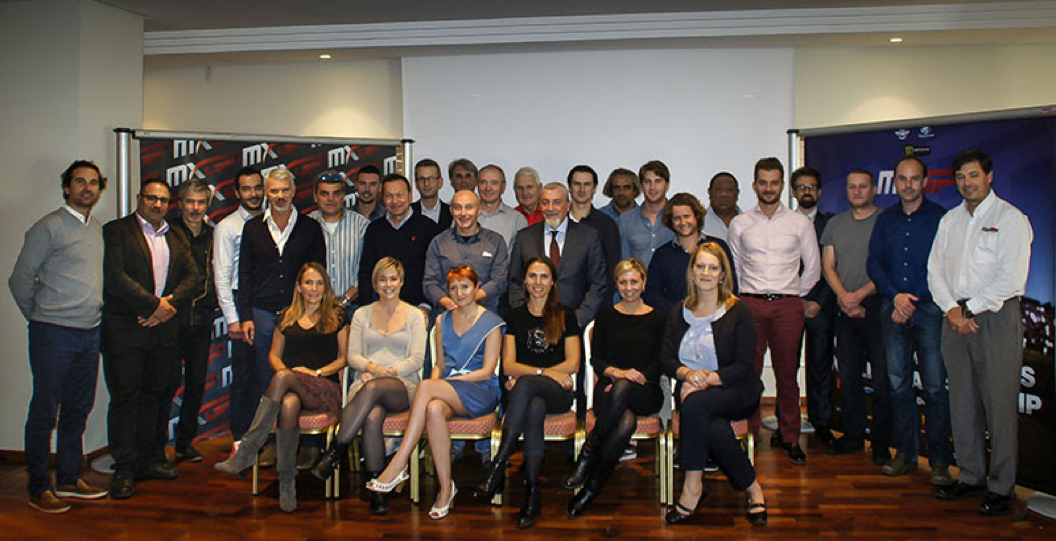 FUNCHAL (Portugal), 26 November 2015 – In preparation for another successful season of world-class motocross, Youthstream hosted their annual organizers meeting in Jerez, Spain, where the expectations and goals for the 2016 FIM Motocross World Championship were revealed and openly discussed.

In 2016, Youthstream and the organizers will do everything within their power to make the FIM Motocross World Championship as safe as possible. Mr. Giuseppe Luongo opened the presentation, “First of all I would like to thank all of you who are here today. Without you, the organizers, it would be impossible to have a world championship,” he said. “However, this year we had many injuries, and this is something we want to reduce in the future,” Mr Luongo added.

In effort to reduce rider injuries Youthstream and the FIM have agreed that the tracks need to be ripped deeper so that the ground is softer, which will in turn become rougher and more technical. It is believed this will slow the riders down and offer more of a challenge. With that said, Youthstream Director Mr. Nikos Gounaris confirmed that this is the plan that the track crew will follow. “Watering is also extremely important,” Mr. Gounaris added, “and it is necessary we have the correct machinery to work in different areas of the track at the same time.”

Also on note of the tracks, it was requested that every track has tunnel access from the perimeter of the circuit to the infield so that the medics and emergency services can access an accident scene or injured rider without crossing the circuit or interfering with the race.

The presentation continued with MXGP’s Director of Communications and Marketing Services Marionna Leiva being the host in a room full of guests which included Youthstream representatives, President Mr. Giuseppe Luongo, Vice President Luigi Zompetti, Directors Nikos Gounaris and David Luongo and CEO’s Daniele Rizzi and Didier Henriod, as well as FIM representatives, FIM/CMS Director Tony Skillington and Race Director Ingo Partsch along with the MXGP round organizers of Thailand, The Netherlands, Italy, Switzerland, Russia, Mexico, Belgium and Maggiora. There were also the organizer of the MXGP of Spain as a guest and a few more Youthstream staff members present along with special guests from Platinum group, the official MXGP ticketing partner, and SEL, MXGP’s official carrier and travel agent.

Mrs. Marionna Leiva presented the 2016 calendar before elaborating on MXGP’s remarkable progress in Social Media and television coverage. MXGP had a massive increase in viewers and exposure in 2015 and the extensive television coverage is set to continue and increase in 2016. In terms of Social Media, Mrs. Leiva explained, “We have seen an increase across all of our social media platforms, we have 106% more viewers on our Youtube channel MXGPtv, 101% more on our own website www.mxgp-tv.com, which I can tell you will be even better in 2016 as we will be screening BOTH days, Saturday and Sunday, LIVE. This means you will be able to watch ALL of the European Championship races and the MXGP and MX2 Qualifying races live and OnDemand in 2016.” MXGP also had a massive 228% rise on Instagram, a 55% increase on Twitter and a 25% increase on Facebook.

Following on, Youthstream’s latest project the ‘Riders Cup’ was presented. The Riders Cup is a unique and exciting prospect which will be organized inside the Veltins Arena, one of the most famous stadiums in Germany. The race itself will be for the manufacturers, KTM, Husqvarna, Yamaha, Honda, Kawasaki, Suzuki and TM who will select 3 of their fastest riders, regardless of the riders’ nationality. The Riders Cup will be a team event where the riders will race for the success of their motorcycle brand.

With so much to look forward to in 2016 the organizers meeting concluded with a room full of enthusiastic organizers, promoters and partners, all re-motivated, re-energized and excited for yet another successful season of non-stop bar-to-bar motocross action.