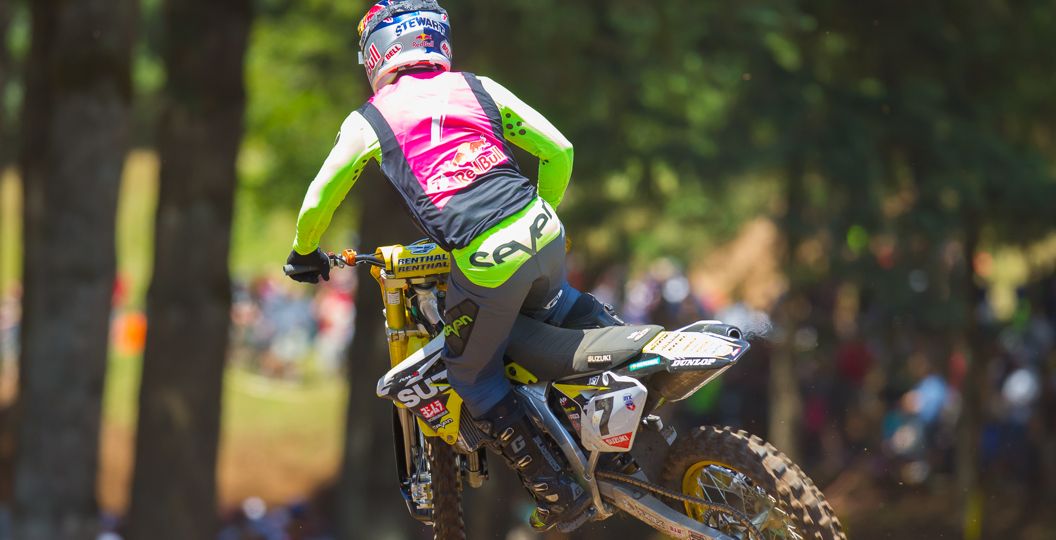 Another week, another set of incomplete motos for James Stewart. The second race on Stewart’s current comeback trail took place this past weekend and it was remarkably similar to the first. A ninth in moto one was a bright spot, but he was then left with no choice but to pull in before the conclusion of moto two.

Blisters were pointed to as the reason for his DNF at Millville, but Mike Webb (the Yoshimura Suzuki team manager) has confirmed in a teamstatement that James’ fitness just isn’t where it needs to be. “James is slowly getting himself back into race shape, but he’s been out a long time and we still have a lot of work in front of us,” he said. “We saw a good bit of progress today with his qualifying speed and with him being able to battle in the top ten in the first moto. James now has two weekends off to improve his fitness and we’re looking forward to him trying to earn even better results at Unadilla.”

A crucial set of races will arise for Stewart following the two-week break, as he attempts to build some momentum for the following season and also garner some results that allow him to finalise his plans for the 2017 season.