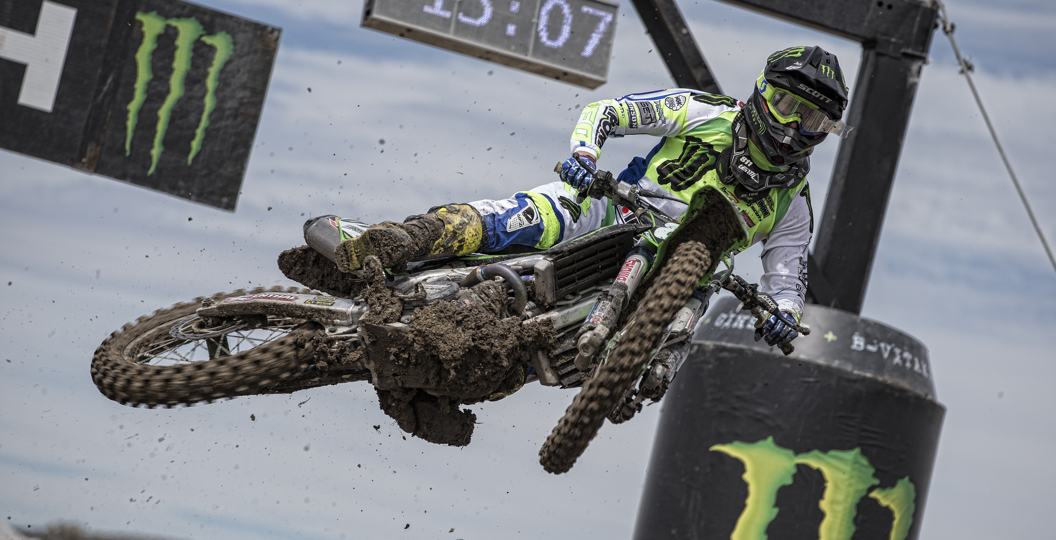 Another deal for next year has been confirmed, as the F&H Kawasaki have agreed on a two-year contract with Adam Sterry. Sterry, who was left without a deal when it was announced that Monster Energy KRT MX2 were shutting up shop, will complete his MX2 career with the team.

“I am very happy and excited to join F&H Kawasaki for the next two years,” Sterry said in a press release. “I am thankful for this opportunity after being injured most of the year but we will be back stronger than ever and I can’t wait to start riding and testing with the team. I learnt a lot about the Kawasaki this year and I’ll be taking that into next year to help us achieve the results we work very hard for.“

Ruben Fernandez will join Sterry in the MX2 category, along with a third rider. However, the F&H Kawasaki team have not yet announced who that will be.