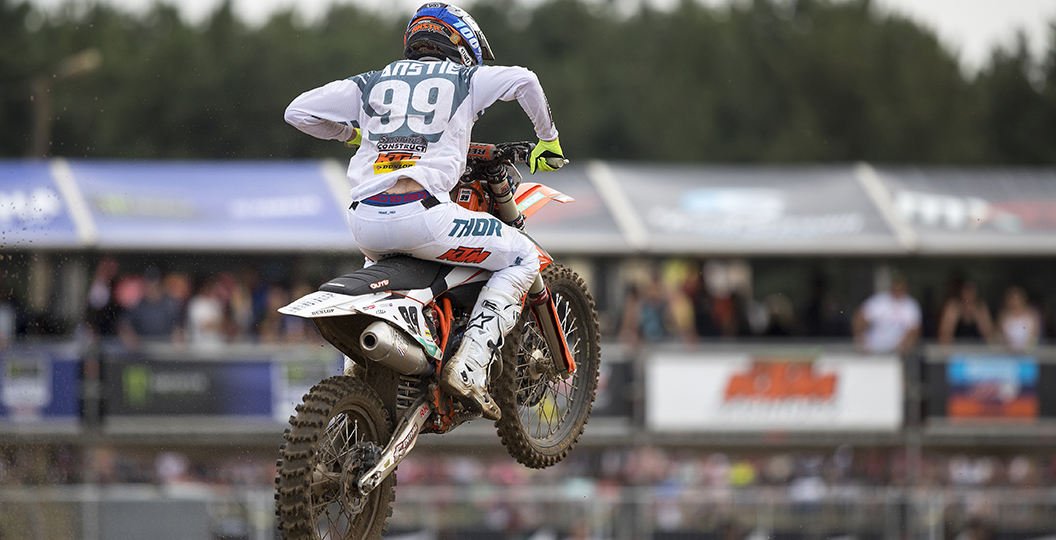 Following the statement from Tim Mathys and the Standing Construct KTM team this morning, Max Anstie has spoken out on his social-media channels. Anstie released the following words moments ago.

“It’s a real shame that I won’t be back with the @StandingKTM team next year. It’s been a good season so far with those guys! They are a fantastic team and a great group of people. It’s been a pleasure! Thank you for everything you do @[email protected] @DeCyriel81. We still have some work to do at the final 4 GPs and Assen! I’m not sure what the future holds at the moment, but I’ll keep you all updated.”

In a fairly surprising turn of events, Standing Construct KTM’s Tim Mathys has confirmed today that he will not be able to re-sign Max Anstie for the 2020 FIM Motocross World Championship. It is quite clear in the statement below that Mathys would like to have him on the team again, but current circumstances do not allow for that. The full statement from Standing Construct KTM can be found below.

“Standing Construct KTM wishes to announce formally that they unfortunately won’t be able to extend the agreement with Max Anstie and re-sign him for the 2020 season.

“The team is very grateful for the great cooperation they had with Max and want to thank him for his professionalism and nice time together.

“Standing Construct KTM wishes Max all the best for the future and looks forward to the remaining four MXGP rounds and hopefully also the MXoN to repeat the success of Lommel where Max was outstanding.”

Max Anstie is undoubtedly the hottest free agent in the Grand Prix paddock now. Of all the riders who have not finalised their plans for the new season, Anstie has the most wins and podiums to his name. The fact that he is coming off such a strong performance at the Grand Prix of Belgium only strengthens that statement.