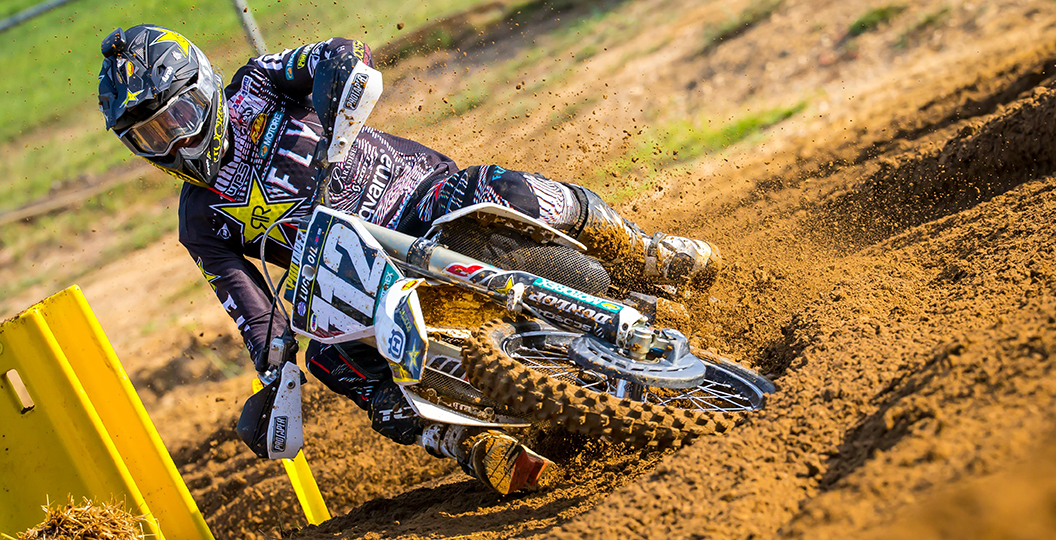 Most were surprised when Thomas Covington appeared at press day for the penultimate round of the 2019 Lucas Oil Pro Motocross series. Covington has been missing since the third round at Thunder Valley, as he has attempted to overcome the Epstein-Barr virus, but opted to give it a go at Budds Creek on Saturday. A twenty-sixth and a thirty-fourth were his motos scores in the 250MX class. What happened? Covington released the following statement via Husqvarna.

“This weekend I just wanted to come out and have some fun on the bike. I thought I was recovering pretty well. I rode a little bit this week and was feeling somewhat normal but after coming out here in this heat, I realised that I wasn’t feeling very good. I guess I’m not fully over the illness.”

Covington was initially scheduled to race the final round in Indiana next weekend, although those results obviously place a cloud of uncertainty over those plans. Thirty-third is the position that he occupies in the championship standings.