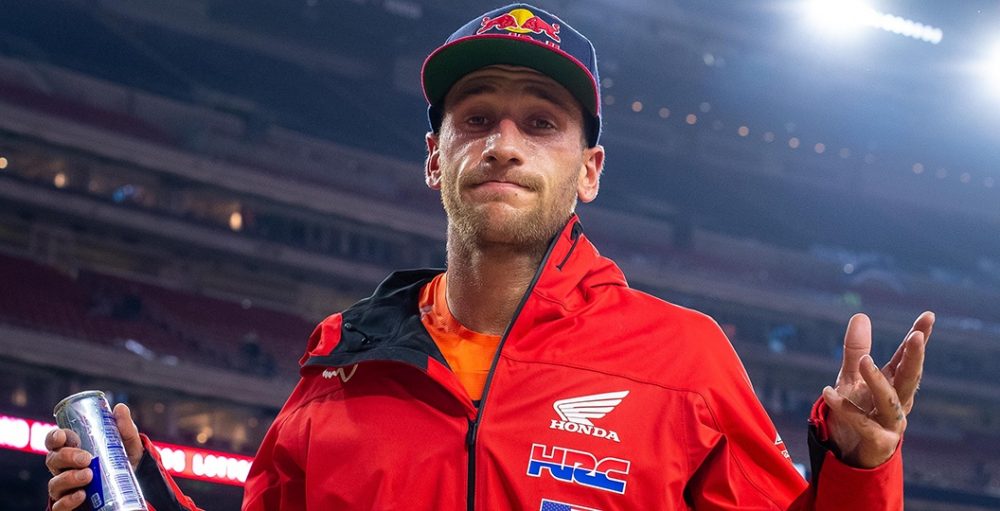 The drama that has surrounded the premier-class main event at round three of 2021 Monster Energy Supercross is beginning to settle down, as Ken Roczen has said his piece on the subject and confirmed that there are no hard feelings with Dean Wilson. Roczen has had his say in a handful of places, all of which are just below this text. The first paragraph is from his social-media accounts.

“I don’t really know what to say. Just another bad situation!? I don’t know. Should have been my win. I’m sure everyone saw what was going on but after being stuck behind Dean for too long I ended up hitting his back wheel over the wall and almost crashed, and then almost jumped into the back of him on the last lap. Just like that I slipped into second. Lots of valuable points again that got taken. Anyway, @DeanWilson15 and I are cool. Not going to hold grudges and get over it. We have lots of racing ahead of us. Seems like I never pick the easy route anyway. Where is the fun in that! I am just happy to be racing with and for my family. Life is better that way.”

Roczen echoed those thoughts in a direct reply to Wilson’s apology, which can be viewed below.

“Accepted. Also though put yourself in my shoes. It is extra big because these points are valuable and this was mine if you weren’t in front of me for 3/4 of a lap. Three points here, four points last weekend… I mean it’s starting to get kind of funny. As if it isn’t already difficult enough to lead the championship, then I get seven points taken away from me. Anyway, I don’t want to hold grudges. Just be aware of your surroundings. Thank you. What makes me even more mad is that you got a warning, which is fine, but last week instead of giving me a warning or a fine they take my points…“

The good news for Roczen is that he has finally got his hands on the red plate – one point is his advantage over Cooper Webb and Justin Barcia. Those two are tied for the runner-up spot. 2021 Monster Energy Supercross will continue in Indianapolis on Saturday, January 30.