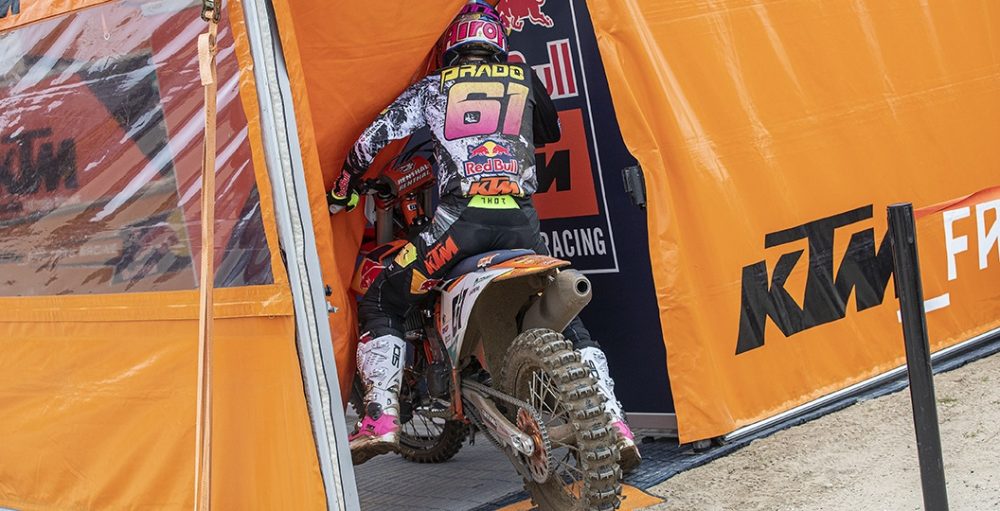 A handful of elite European riders took to the track in anger for the first time today, as round one of the Internazionali d’Italia series fired into life at Riola Sardo. Jorge Prado was undoubtedly the star of the show – he romped to pole position and dominated the first MX1 moto. It seemed likely that he was going to take a clear win in the final mixed race too, but he withdrew without any explanation.

A statement released via Red Bull KTM Factory Racing has now confirmed that he felt as though there was an issue with the KTM 450 SX-F. “The 20-year old Spaniard rocketed to the front of the pack once more but elected to pull into the pit lane after feeling a small bike issue halfway through the race.” It has not been confirmed what the issue was nor has it been stated whether there was actually a problem, but Prado offered more insight in the statement below.

“It’s nice to be back and doing something different from training. The GPs are still quite far away but it’s nice to get up to speed and it was a good day here in Sardinia: First in qualifying and then a good start in the MX1 moto. It was handy to get those small nerves out of the way and those feelings that come with the first gate drop of the season. I holeshotted again and was leading the second race but I felt something different on the bike and it was better to stop to get everything checked out. These races are good for exactly that; checking and testing! Overall it was a decent first race of 2021.”