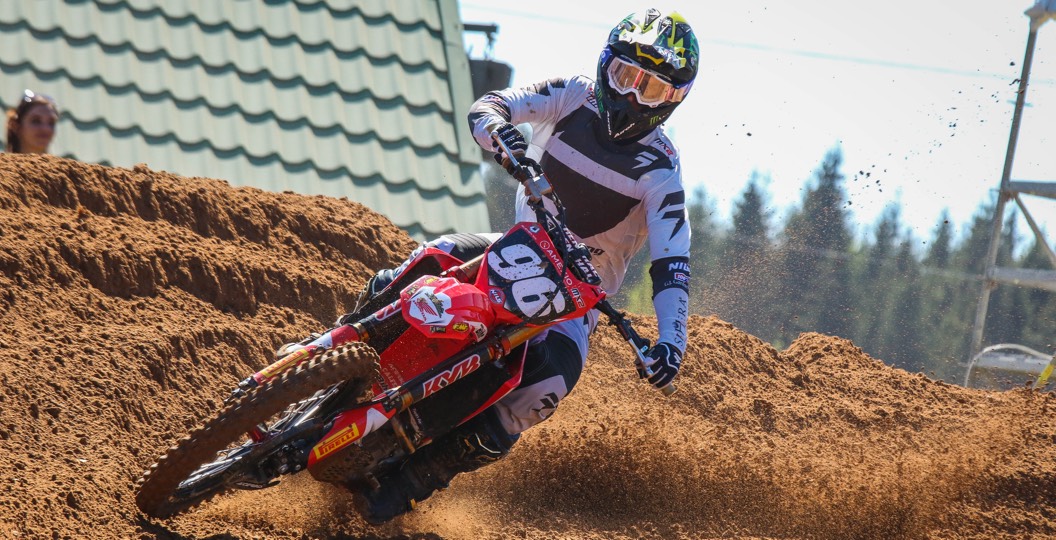 Hunter Lawrence impressed during qualifying in his return to the FIM Motocross World Championship, as he logged a steady third and clearly had the speed to fight near the front. Things took a turn for the worse in the opening moto earlier today, however, as he crashed and hit his head, which will rule him out of the Grand Prix of Latvia.

“After a consistent qualification race yesterday, Hunter Lawrence will unfortunately go back home without points this weekend,” a statement from the 114 Motorsports team confirmed. “He was in fourth place in first moto, but lost the front and landed pretty hard on his head after a step up. He is ok, but to not take any risks he won’t start in second moto. Let’s keep being positive and focus on next GP in Germany.”

Lawrence had only just returned from a broken metacarpal in his hand, of course, so has not actually scored points in the series since the third round in Spain. Bas Vaessen, the second rider on the new squad, is also out with muscle damage.