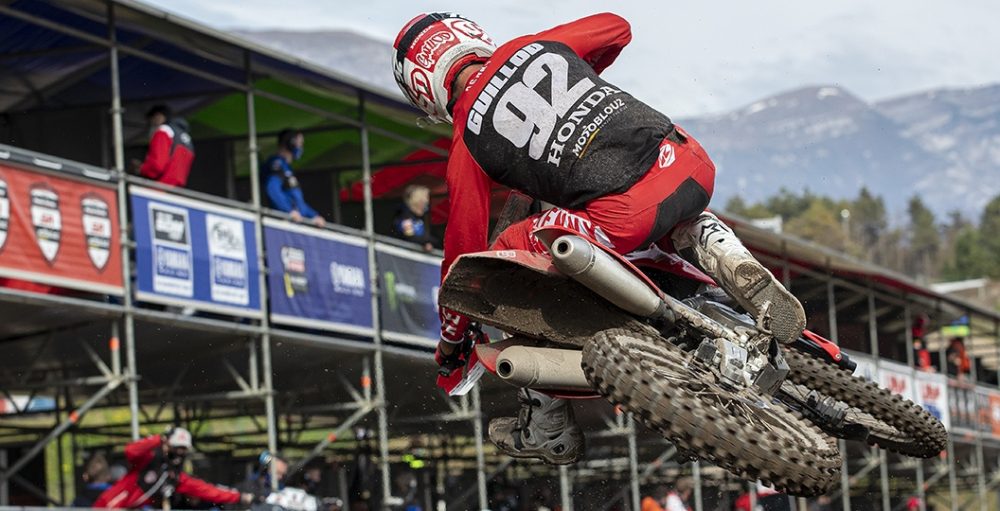 Honda SR Motoblouz confirmed that the team won’t include Jeremy Van Horebeek or Valentin Guillod next year. There were rumours moving around the Grand Prix paddock that the team would not return to the FIM Motocross World Championship, but the following statement confirms they will hit the motocross series with Nathan Watson and one other rider. It’s thought that the team will do the European rounds of the series and avoid the flyaway races.

“We had two great seasons with Jeremy [Van Horebeek], with an eighth place last year and a top ten this season, not to mention the Elite title, podium in Le Touquet as well as the podium in Argentina last year. We made a big gap with him, by signing a former factory driver, and there were days where we had to work like crazy to meet his expectations. Financially speaking, Jeremy has a fairly high rating and it was really not easy given the situation to leave him for a third season. We stayed with him for two good years, full of good memories and in 2021 we will invest even more time in the sand with Nathan Watson, Lars Van Berkel and Richard Fura while continuing our involvement in MXGP with Nathan and a second rider who’s identity will be revealed in a few weeks.”

Jeremy Van Horebeek will not race at the season finale tomorrow, but it is still likely that he will finish ninth in the premier-class championship standings. Valentin Guillod is outside of the top twenty in the points, after dealing with a stomach virus earlier this year.