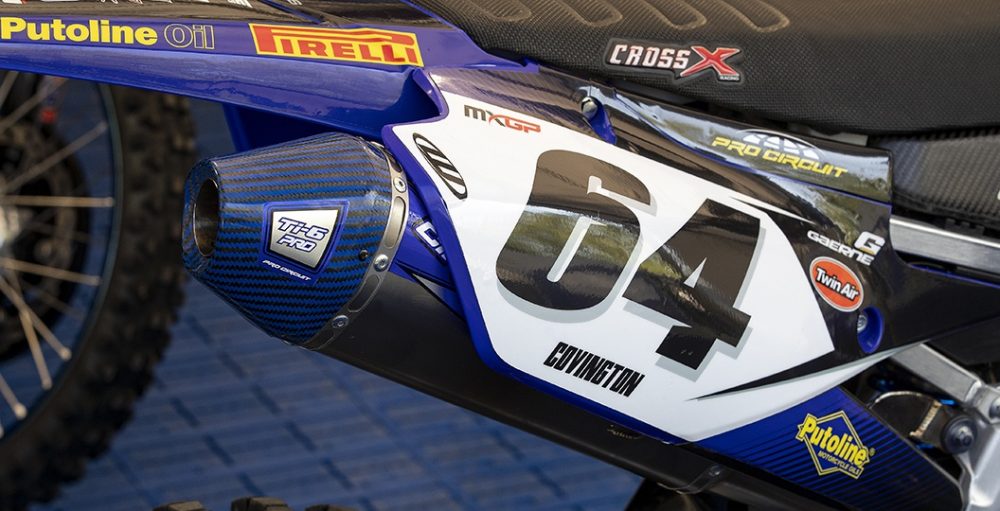 The Gebben Van Venrooy Racing team were excited to work with Thomas Covington after having him as part of the three rider MXGP line-up for the 2020 season. After a tough start to the season, the American has announced that he will be retiring from the sport with immediate effect. The team respected these wishes and agreed to part ways due to mutual consent and would like to wish him all the best with his future.

Thomas Covington: “I’ve decided that it was time to move onto something new. To stop racing is one of the toughest decisions I’ve ever made in my life, because it’s all I’ve ever done for the last 20 years. With the way that everything was going, I just wasn’t really willing to take the risks that I used to take. I really worked my butt off training and doing as much testing that I could to be as prepared as possible for the next part of the season, if there was going to be a season. I was going to give it everything I had – I still believed in myself and thought I could do it. However, when it came crunch time out on the track, I just couldn’t force myself to hold the gas on when I needed to and in that MXGP class and how it is now, you have got to be one hundred percent on top of your game or you just get left behind. It is so competitive. Pretty much any weakness you have gets magnified so much more in a class with so much talent.”