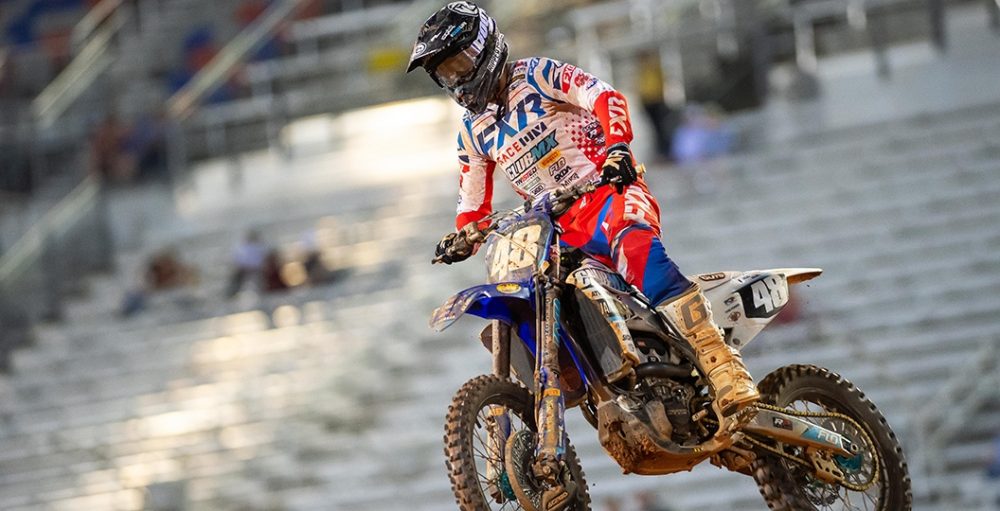 A lot went on at Atlanta Motor Speedway last week, but the move that Garrett Marchbanks made on Cameron McAdoo was undoubtedly one of the hottest topics. The blowback was so intense that Marchbanks immediately removed the ability to leave comments on his Instagram. Now, following a very official excerpt from his ClubMX team, Marchbanks has left a raw post on his social-media channels that explains why he made the move that he did, his regrets and more. There is a lot below, but it is very thought out and insightful.

“I know a lot of people have been waiting to hear about what I have to say after an incident that took place Saturday night in Atlanta. I took some time to reflect on my actions and what led up to that moment. As I type this message, my goal isn’t to change the fan’s minds about myself nor ask for sympathy. I’m typing this message to do my part and own up to a mistake that I made that should have never even happened in the first place. First things first I want to apologise to the whole ClubMX team, my sponsors and the people in my life who have been affected by my actions. This mistake I made doesn’t reflect who ClubMX are as a race team and training facility, and I realise that all I did was let them down.

“Now I’m not going to sit here and lie to everyone and say that I didn’t mean to make an aggressive move on Cameron, I did. It’s obvious that I did. I fully intended on making an aggressive move solely because I was cross jumped multiple times. I let my emotions get the best of me, because of red flags and [I] honestly felt like he was a hazard at the time. I realise now that that is absolutely NO excuse to go and clean someone out the way that I did by any means, and that I was actually being the hazardous one in that moment. This has nothing to do with Cameron being on a Pro Circuit bike, ONLY how I felt about him as a racer during these last couple of rounds at the time.

“I can see why fans jump to conclusions and say how I might’ve wanted to “take him out” on purpose, because they think that I have some grudge towards Pro Circuit when that is NOT the case at all. Pro Circuit is a great race team and I’m very honoured to have gotten the chance to ride for them for the years that I did. But I am equally as happy to be a part of the ClubMX race team as well. I understand the frustration that I caused the fans, Pro Circuit and Cameron. I am not a perfect racer by any means and I’ve made my mistake. All I can do now is learn from this incident so I don’t make the same mistakes again in the future.

“I realise I could’ve injured Cameron even more and just that alone I’m not ok with myself for doing. I don’t wish injuries upon any racers and what I did could’ve easily done exactly that. As I stated before, I’m not asking for sympathy but I do ask if the death threats towards myself and the people in my life could end. They can’t control what I do on the track, only I can. Right now I’m going to take a break from social media to gather my thoughts and learn from this mistake before the last round of supercross. Again, I am very sorry to everyone that I affected and will do everything I can to become a smarter racer and make better decisions for myself and for the sake of everyone else.”