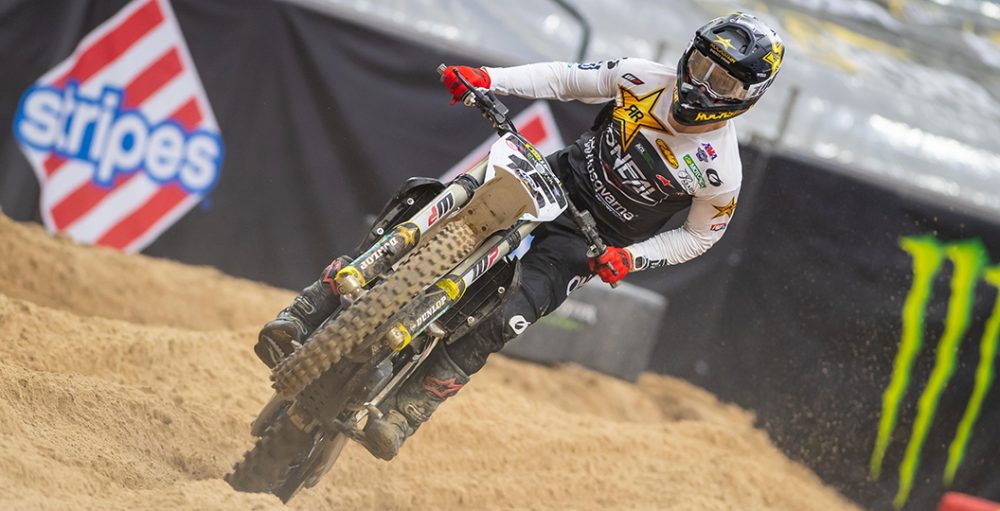 Hours on from the dramatic 450SX main event at Houston 3, Ken Roczen has responded to Dean Wilson’s apology with the following comment. Roczen accepts Wilson’s apology, as one would expect, but is understandably frustrated given the situation. The drama from Tuesday would have only fuelled his frustration.

“Accepted. Also though put yourself in my shoes. It is extra big because these points are valuable and this was mine if you weren’t in front of me for 3/4 of a lap. 3 points here, 4 points last weekend… I mean it’s starting to get kind of funny. As if it isn’t already difficult enough to lead the championship. Then I get 7 points taken away from me. Anyway, I don’t want to hold grudges. Just be aware of your surroundings. Thank you.”

Roczen then immediately followed up his reply with the following.

Drama at round three of 2021 Monster Energy Supercross! After costing Ken Roczen the main event victory, Dean Wilson has immediately taken to social media to apologise to fans. Bear in mind that this has been shared less than 20 minutes after the chequered flag was waved. Wilson’s raw apology can be found in full below, as well as a clip of the final lap of the 450SX main event.

“First off I [email protected] up. I fully own this. I never knew it was the leaders behind me. Kenny I’m sorry and sincerely apologize. I ruined your race & I wish I could take it back. I know the fans are pissed & team which I would be to. I hate that I was that guy in the way and ruined a win & a race. I should have been more aware of who was behind me I just got locked in on the guys ahead. You guys can tear me apart in the comments do what you gotta do. But I cant apologise enough for pretty much being the idiot of the race. Once again I’m sorry. Sucks to be that guy… – Dean”