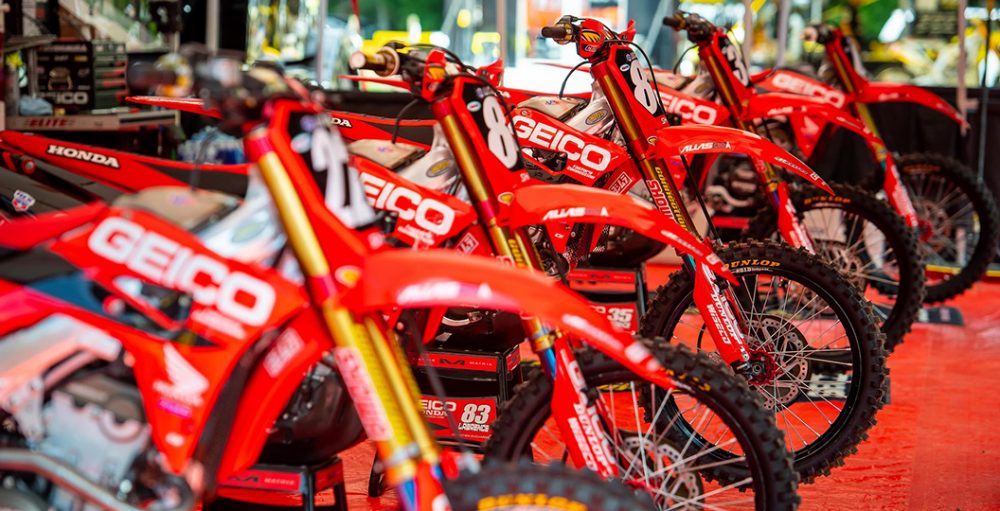 It has now been confirmed that GEICO Honda will not have a team from this point, which means that a handful of their riders are in need of a new home. Jett Lawrence, Jeremy Martin and Hunter Lawrence are going to be just fine. Jo Shimoda and Carson Mumford are shopping around though, with the latter taking to social media to confirm that does not know what the future holds. Mumford’s social media statement can be found below.

“9th OA on the day. @FoxRaceway I’d like to say thank you to the entire @FCHonda team for having me on for the last five years. They were some of the best years of my life! It feels like unfinished business with the team, as I still had two years on my contract. Unfortunately, it was cut short unexpectedly with the team’s title sponsor pulling out. That said Honda was only able to keep two riders moving forward into next season. Not knowing what the future holds as of now. But I promise I’m doing everything I can to keep my career going strong. Thank you to everyone for the support.”

Mumford was exceptionally solid for a rookie in 2020 Lucas Oil Pro Motocross, as he scored points in every single moto en route to twelfth in the 250MX championship standings. A fifth in a moto at Loretta Lynn’s 2 was a season-best finish for #220.