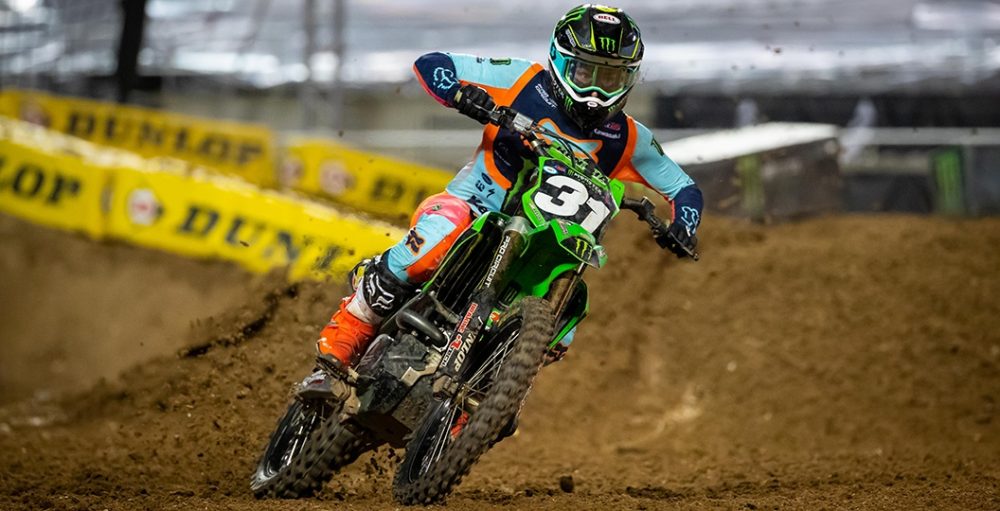 Cameron McAdoo has taken to social media to speak out about the controversial incident that took place with a medic at round eight of 2021 Monster Energy Supercross. McAdoo ran into a medic who was running into the track to help Alex Martin, who is rumoured to have suffered a concussion. Rather than run through what happened, here is what went down from McAdoo’s perspective.

“Hey everyone. Super exciting to get back racing last night in Orlando, especially having some fans in the stadium. It was great to have you guys back. I wanted to acknowledge the situation with the downed rider and the medic. I hate seeing riders now and definitely never want to be a part of a situation like that. I was committed to following the leader’s line and going around the outside of Alex [Martin]. Unfortunately, as soon as Justin [Cooper] went by the medic was committed to getting to Alex as soon as possible. That was exactly where I was committed to going.

The race was red flagged after that incident and eventually restarted – Cameron McAdoo then raced to second in the 250SX West main event and occupies the same position in the championship standings.