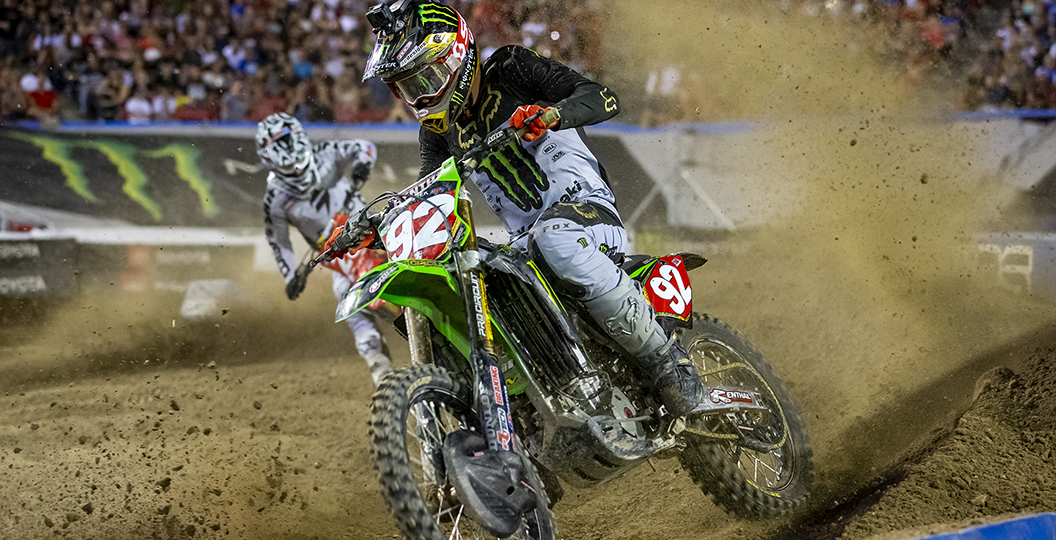 Everyone has seen the crushing defeat that Adam Cianciarulo experienced in Las Vegas by now. It is typical for a rider to hide away in a heartbreaking situation like this but, to his credit, Cianciarulo has faced the critics and shared his thoughts on social media, as well as in team statements. The quote that he dropped onto his Instagram account can be read below.

“A few years ago I had almost come to terms with the fact that I would never get back to the level of competing for a championship. I fought and clawed my way back slowly but surely to give myself that opportunity again last night. Obviously, it ended in devastating fashion for me. I’m disappointed in myself. I’m disappointed I didn’t deliver for the people that have supported me and invested in me. I’m not going to feel sorry for myself, though, because I don’t believe in luck. I don’t believe in ‘why me’ – I believe in taking accountability. I made a mistake at a crucial time and it cost me. That’s it. I will continue to give it my absolute best and I will overcome this, just like that kid who thought he was done back in 2016 did. I appreciate all the support and I’m looking forward to a great summer.”

The incident occurred on lap eleven of sixteen in the 250SX main event. Cianciarulo made a mistake on a routine double and crashed so hard that his handlebars were bent beyond repair. Although that issue stopped him from jumping anything, he stayed on track and rolled around until the final chequered flag waved. More thoughts from #92 were communicated via a Kawasaki press release on Monday evening.

“I don’t really have too much more to say: This one will sting for a while. I’ll put the boots back on Monday and get ready for outdoors because that’s what we do as riders. I gave it my all tonight and it’s just really unfortunate how it turned out. I’ll keep giving 110% and chasing a championship title.”

Adam Cianciarulo entered the final round of 2019 Monster Energy Supercross with an advantage of eight points over Dylan Ferrandis. After finishing twentieth in the 250SX main event in Las Vegas, he ended the series in second overall and fifteen points down on the eventual champion.