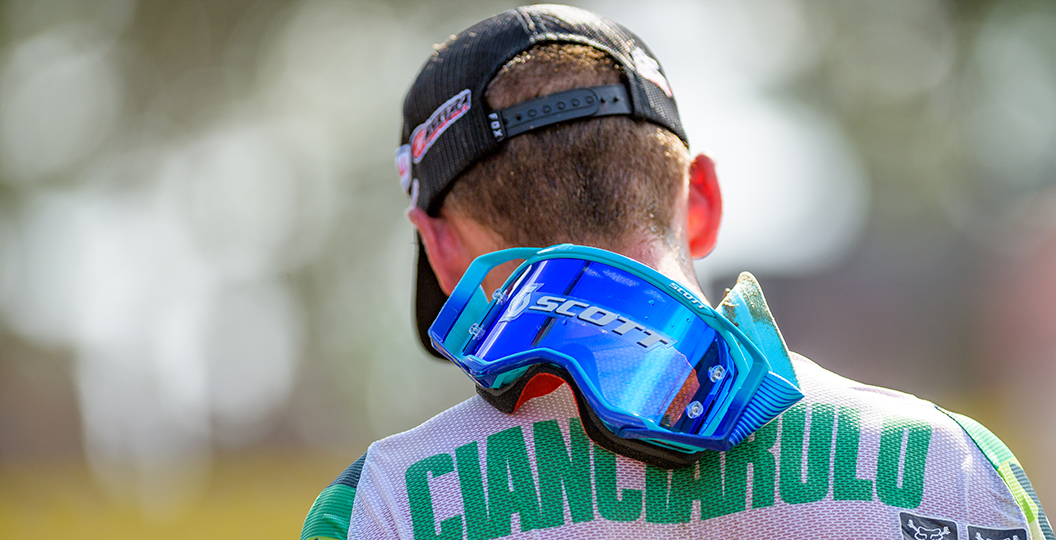 Adam Cianciarulo faced more off-track drama at the seventh round of the 2019 Lucas Oil Pro Motocross series, held at the historic venue of RedBud, as he flew off the track whilst trying to make a pass on Alex Martin and accelerated whilst on the grass. The officials did not take kindly to this and, unsurprisingly, docked him two positions, therefore dropping him to fifth in the moto. Cianciarulo accepts the penalty yet still feels as though things could be handled in a much better way, as he explains in the following statement.

“Quite the afternoon. My riding was subpar in the first moto no doubt, and man was I a squirrel that first lap! I got pushed off the track after the 4th turn and continued to gas it, as I did not want to get ran over by all the dudes sending it behind me when I jumped back on. According to the AMA/Jeff Canfield, that, along with my super sketchy moment after the finish line + quote “the incident with Nichols” (?) got me docked a couple positions. I am cool with being penalised and being held accountable when it’s warranted, the only thing I struggle to understand is the lack of consistency in the rule.

“As I’m sure you guys have seen plenty of guys in the last couple weeks pin it when off the track with no action being taken. You guys know I am not one for excuses, all I am saying is everybody should be held to the same standard! With that being said, I’m stoked to turn it around with a solid 2nd moto and 2nd O/A on the day. Being able to perform in front of that crowd, with all the energy and enthusiasm, is truly special. It’s something I certainly don’t take for granted. Thank you guys for the great day!”

A second in the final 250MX encounter helped Adam Cianciarulo salvage second overall and therefore continue his perfect streak of overall podiums. Points were lost to Dylan Ferrandis, who now runs second in the standings, though, so his advantage now sits at twenty-five entering the next round at Millville.