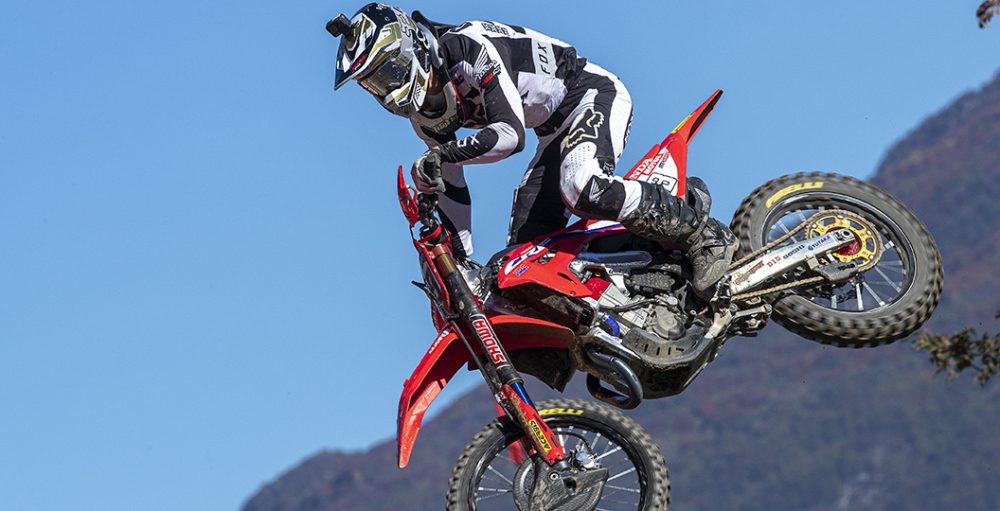 Three riders, three points and three rounds. The 2021 FIM Motocross World Championship is just thrilling. It is going to be an extremely intense sprint to the finish for Jeffrey Herlings, Romain Febvre and Tim Gajser. Each rider has taken a different path to this point. Who is the strongest guy on paper though? The statistics from the first fifteen rounds tell the story.

It is actually quite surprising that Jeffrey Herlings has been so dominant in this category, especially once his disdain for qualifying is considered. Herlings did not compete at one of the rounds too – he has missed four poles. Crucially, he has qualified outside of the top two just once (with a fourth at the first Turkish stop). It is not much of a factor at Pietramurata, truth be told, but the Mantova start favours the inside much more, so qualifying will be more important then.

It’s surprising that Gajser has only qualified on pole once, that being at Lommel, but that is still better than Febvre, who does not even appear on the board. Jorge Prado has ended up on pole position twice – Antonio Cairoli and Jeremy Seewer have a pole apiece like Gajser. Gajser and Febvre are particularly good at hanging it out for one lap, so the results in this category are peculiar. Is it going to make a difference in the fight for the title? Probably not.

This statistic is proof that Febvre has left points on the table this season. Febvre has led laps at all but five rounds and yet he has a single overall victory. Heck, Antonio Cairoli has won more events than that and led 63 laps this season. Febvre has missed opportunities (Italy and Turkey come to mind) and could have a very healthy advantage now, especially with the misfortune that his peers have encountered. Febvre is right in this thing though – leading so many laps could serve him well.

Gajser has led at seven of the fifteen races, with larger figures at Orlyonok and Pietramurata 2 boosting his total. It is surprising that Gajser has led laps so sporadically – it speaks to the fact that he has not quite had ‘it’ this season. Pietramurata 2 is actually an example of that too. Yes, he led more laps there than anywhere else this year barring Orlyonok (27 there versus 17 in Italy). It was not like that resulted in a moto win there though.

Another example of Herlings having the upper hand. Herlings has won a moto at ten of the fourteen rounds that he has competed in, an impressive record. An interesting point that has been overlooked is the lack of 1-1 scores from any rider. Gajser did it at Orlyonok, then Herlings did it at Riola Sardo and Pietramurata 1! What more could you want from a championship? Another underrated point is that Gajser has pulled three moto wins in four months.

Febvre having five moto wins is impressive and takes the spotlight away from his single overall victory, but it is still a mystery why he has not climbed atop the podium more. A Febvre supporter can cling to the fact that he has won a moto at three of the last four rounds – it seems that he is peaking at the right time. Staying out of trouble is going to be crucial now, but so is winning. Consistency is not going to work in such an intense sprint to the chequered flag.

This statistic perfectly encapsulates the season. Herlings has been the strongest star with the highest ceiling through fifteen rounds, Gajser has leaned on consistency as two of his four overall victories came at rounds where he did not win a moto and Febvre has been very fast but just missed the mark on multiple occasions. There you have the 2021 FIM Motocross World Championship in a nutshell! It is puzzling that there is such variation in this statistic yet those three riders are separated by three points. Who would have thought?

Cairoli (two overall wins) and Prado (one) are the only other riders on the list. This is where it gets intriguing though – there are riders who can steal wins and points from the contenders. Jeremy Seewer is capable of doing that too, which really changes the dynamic. There is more emphasis on the start simply because it is tougher to get to the head of the field. Cairoli and Seewer stopped the contenders from getting to the front on Wednesday, which meant Gajser gained two points on Herlings in moto two rather than three.

Herlings, Gajser and Febvre are sat in that order in all categories excluding laps led. Maybe that is the order in which they are destined to finish? Herlings is undoubtedly the strongest guy, as mentioned in this article and confirmed by the statistics, but it is difficult to split Gajser and Febvre. Febvre is on form at the moment and has had the most recent success, which is what makes him the most intriguing rider in this group. There is the potential that he could just have an unexplainable off day though, similar to that second moto at Pietramurata 1.

The three stars have been vocal about how clean the racing has been, but now is the time to get aggressive. There is so much on the line that even a single pass could be the difference between clinching the title and finishing third. For both Gajser and Febvre, disrupting the momentum that Herlings has may be the only way to beat him in a straight-up duel. Is getting aggressive messy? Indeed. Is it controversial? Sure is. This is a special situation though. It is time to pull out all the stops.