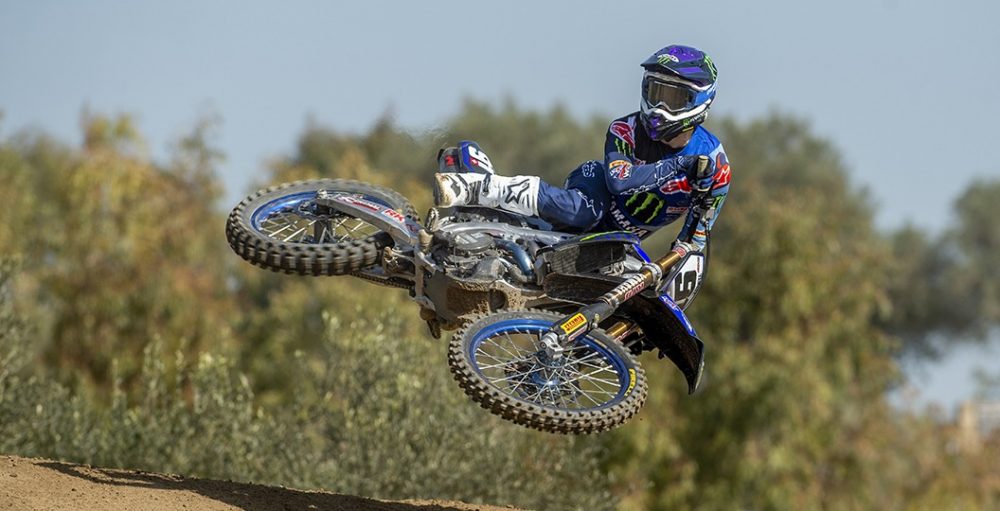 Injuries have decimated the Grand Prix paddock over the last two terms; everyone should be aware of that. It has been a cruel couple of years and that is reflected in the statistics that were garnered for this MX Vice feature. This list was last updated in the midst of the first lockdown – there were 10 riders with noteworthy start streaks at that point in time. Now though, of all of the active riders, there are just four guys with start streaks that extend beyond the 2020 season.

Even typing those words is puzzling. Is it now so difficult to compete at every round in a single season that even that warrants props? Maybe. That makes it even more impressive that Jeremy Seewer has not missed a Grand Prix since turning professional – a streak that now sits at 128 consecutive starts and dates back to the first event of the 2014 FIM Motocross World Championship. Seewer has not even had near misses; the only real scare that he had was a lung infection in the off-season prior to his sophomore 450F campaign. It is not like that would have ever stopped him from racing though.

It is just so impressive that he can avoid a problem that is really pulling the Grand Prix contingent down at the moment. Even more intriguing is that Seewer is not quite the smoothest guy in the series – he tends to tow that fine line between being in control and on the ragged edge a lot. It clearly works! Glenn Coldenhoff was close to his figure last term; he was at 108 consecutive starts before crashing out of the Grand Prix of Flanders-Belgium in October. Those digits have been struck from the record now and he will start from zero when the 2021 FIM Motocross World Championship finally fires up.

Another point that is worth noting is that Gautier Paulin should be featured on this list – he now sits at 83 consecutive starts, but he is no longer a professional rider and not featured for that reason. Tim Gajser has inherited second, with his streak of 55 consecutive starts that begun back at round two in 2018. Much like Seewer above him, who would have had him down as one of the most consistent riders in the Grand Prix field? The numbers fall off significantly after the four-time world champion, to the point where this feature is almost rendered pointless. Injuries really are an issue.

Petar Petrov sits third with a streak of 23 that begun at the Grand Prix of Belgium in 2019. Brian Bogers is fourth with a streak of 20 that started at the penultimate round in that same season. After that? All of the active streaks do not go beyond 2020, so they are hardly worth noting.

The MX2 list makes for better reading – there are obviously no lengthy streaks there though. Bizarrely, Jago Geerts sits atop this list despite his many crashes. Tom Vialle runs second, having not missed a round since joining the professional ranks, which means that he is currently on track to do exactly what Jeremy Seewer did! That is a lot easier said than done though. Vialle appears to have the qualities that could take him just as far as Seewer though, as he rarely falters and has not had any close calls in his two seasons at the highest level. Time will tell.