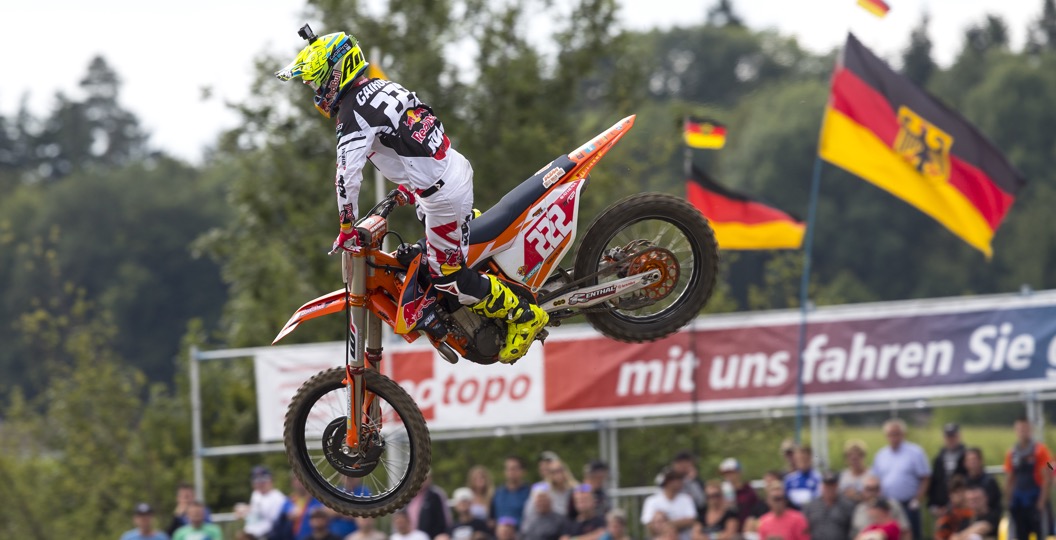 This has become a regular feature on MX Vice through the off-season, as it is always intriguing to see how the past twelve months have altered the history books. Those history books, which are based around the FIM Motocross World Championship, include many chapters. The series has obviously progressed significantly since its inception with new machinery and formats.

After taking that into consideration, the history books were rewound back to the last time that a major change was made. The MX1 (now referred to as MXGP) and MX2 classes were introduced in 2004 and a new era began, but who has been the winningest rider in the premier division since that change was made? The table below answers that question. Every Grand Prix winner since the first event in 2004, which was held at the Belgian circuit of Zolder, is listed.

Which name immediately jumps off the page? It is worth clarifying that the thirty Grand Prix wins that Stefan Everts acquired in 2004, 2005 and 2006 are not a true representation of what he achieved through his career. Everts first won at the Brazilian Grand Prix in the 125cc division in 1991 and then won one hundred events in the fifteen years that followed. It just so happens that the MX1 class was introduced as he started to wind his career down, not that his results gave that impression though. It is actually remarkable that he sits second on the list with just three of his seasons taken into account.

Antonio Cairoli will sit atop this list for the next few years at least, as there is a significant gap between him and those who are capable of clawing their way to the top. Clement Desalle will be active for the next twenty-four months at least, as he recently signed an extension with Monster Energy KRT, but it will be impossible for him to overcome the deficit in that period. The fact that he sits so high up on this list may even catch some off-guard! Desalle was once an aggressive character and the greatest threat to Cairoli, hence why he has achieved so much success, but has faded into the background since his switch to green machinery.

Romain Febvre is the next active rider and should stand atop the box a lot more in his career. After all, he is just twenty-five-years-old. Will he win enough to reach the point that the reigning world champion is at? One would have presumed so following his triumph during his rookie season, but this thing is off of the rails at the moment. Febvre must first win again and then it will be appropriate to discuss the heights that he can reach through the remainder of his time as a star of the sport.

Eleven wins were claimed by Romain Febvre during his first two seasons in the premier division, whereas Tim Gajser grabbed one less victory through the same period. Both riders missed two rounds with injury in their sophomore season too. A funny coincidence, right? It is actually unlikely that Gajser will move much closer to the top of this table, as he still has his heart set on heading to the United States as soon as possible. When will that be exactly? It could be as soon as 2019, so he may not have too long to add to his total.

Jeffrey Herlings may limit the amount of progress that his competitors make in the future, especially if he becomes the dominant figure that most expect. That certainly seems likely, based on how he performed during the latter part of this year, so he may even end up fourth on this chart at this point next year. It will be most intriguing to see if he has the same affect that he had in the MX2 class, as he restricted the progress that a lot of guys hoped to make.