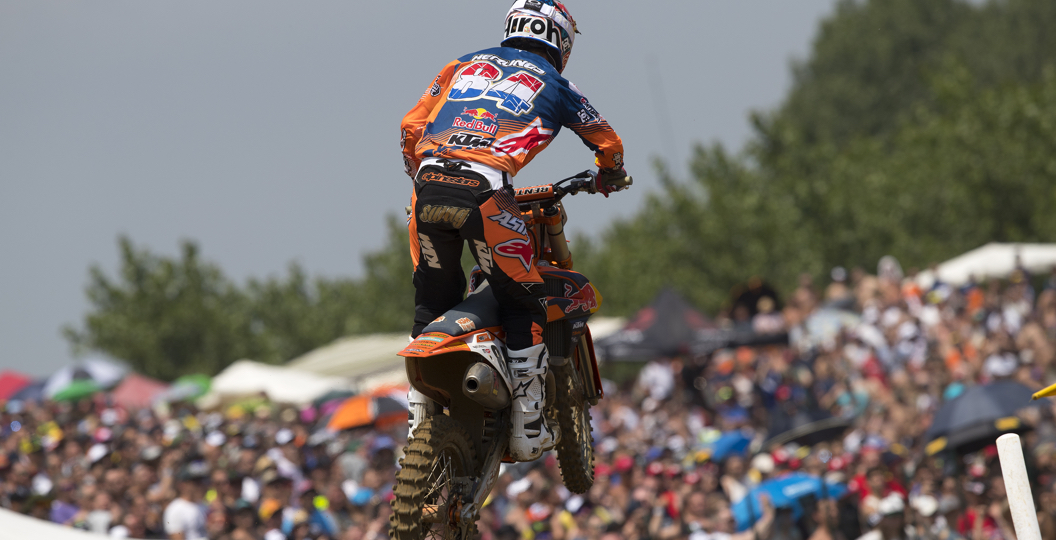 This is a time to reflect on what has transpired in recent months, as there is really not that much happening within the industry. So, with that in mind, we spent a couple of hours digging through results from yesteryear to learn more about the MX2 division. The MX2 class was first introduced in 2004 and has played host to some phenomenal talents since then.

It is no surprise that Jeffrey Herlings has more wins than anyone else in the category, as he strung together some impressive finishes in his seven years as a 250F pilot. Sixty-one Grand Prix wins were acquired in that time, which is thirty-seven more than Antonio Cairoli. Cairoli is second on the all-time win list and completed five full seasons in the class. Now, this has been a source of debate for quite some time as pundits claim that Herlings spent too long in a class that is perceived as a feeder division. Both riders succumbed to injuries at different points, of course, but Herlings completed thirty-seven more MX2 events than Cairoli. Is thirty-seven really an outrageous number? It equates to two full seasons.

Tyla Rattray is third on the list, but could have achieved so much more throughout his career. The South African started a handful of seasons in the best possible way, as he won the opening round on three occasions, but obviously only claimed the title once. It is actually quite intriguing, the further that you dive into his career, as he won four MX2 rounds in 2005, 2006 and 2008.  An injury forced him to skip eleven of the seventeen rounds in 2005, but he still stood atop the box just as much as he did in the year that he finally claimed that elusive championship.

Tommy Searle and Marvin Musquin are next on the list of winners, as they are tied with fourteen triumphs apiece. Did you know that Searle is the winningest rider that Kawasaki have had in MX2? Although only eight of his wins came on Japanese machinery, it is still twice as much as Christophe Pourcel. That really is remarkable and acts as a reminder of just how capable Searle was on a 250F. It is also worth noting that Searle had more Grand Prix wins than anyone else in 2008, the year that he lost the title to Tyla Rattray, so there are some stats for British fans to cling onto and catapult into bench-racing discussions.

Both Jeffrey Herlings and Ken Roczen, who has twelve victories to his name, shut out a lot of competitors from 2009 to 2016. Roczen was the twenty-first rider to win an MX2 overall and Herlings was hot on his heels in twenty-second, but you have to look further down the list to find a rider who won after that. Max Anstie and Pauls Jonass run the best of the rest tag with six wins apiece, then it is Jeremy Seewer and Tim Gajser with five each. Names like Thomas Covington and Valentin Guillod are further down, but still fairly high up the list. Covington is the eighteenth-winningest rider in MX2 with his three Grand Prix wins.

How many riders have actually won in MX2 since the Grand Prix of Flanders in 2004? Forty-two. It is highly unlikely that there will be eight new winners next year alone, so it will be a little while until fifty is reached. Hunter Lawrence is undoubtedly the most capable of standing atop the box when the FIM Motocross World Championship begins, as he came so close at points this season, and then Darian Sanayei may be the next in line after that. The American has not stood on the podium yet though, so that may be a bit of a stretch.