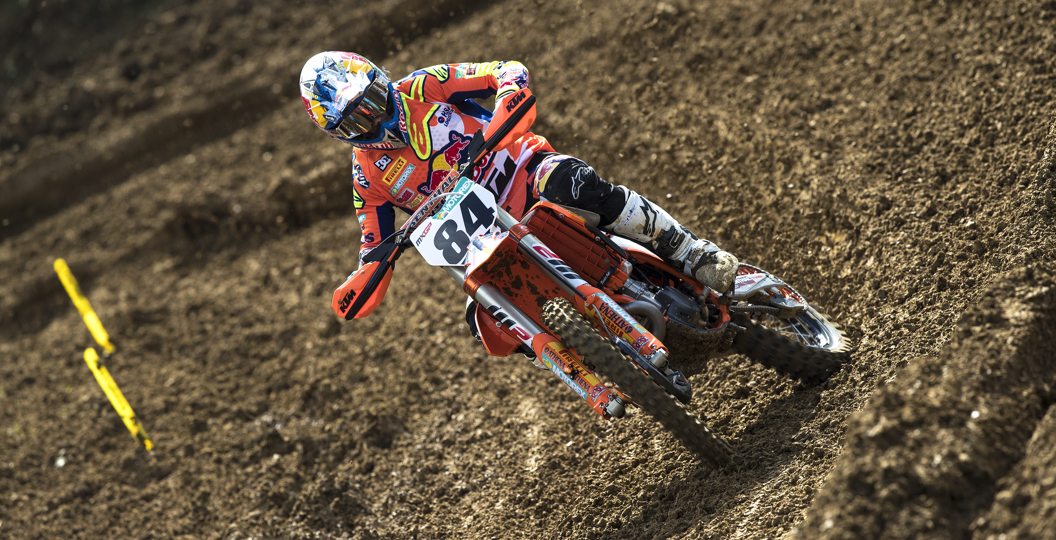 A fan’s experience is always enhanced when there are stories to latch onto and follow. This bite-size edition of ‘Stat Sheet’ was put together with that in mind, as we have uncovered some stats and streaks that’ll be interesting to follow throughout the Motocross of Nations, no matter the location.

– The Motocross of Nations was last held at Matterley Basin in 2006, which was four thousand and nineteen days ago. How many of the riders at that event will also take part this weekend? Twelve guys. Cody Cooper, Kevin Strijbos, Antonio Cairoli, Tommy Searle, Neville Bradshaw, Tanel Leok, Max Nagl, Rui Goncalves, Filip Neugebauer, Colton Facciotti, Evgeny Bobryshev and Martin Barr.

– France have not always been as strong as they are now, as their first victory came at the historic circuit of Namur in 2001. That was the fifty-fifth edition of the event. Team USA were not even present and, well, there is always an asterisk whenever the Americans do not make it across the pond. Three victories in succession have helped France climb up the list of all-time wins though. The USA, Great Britain, Belgium and Sweden are now the only nations ahead of them.

– Gautier Paulin is going to be on Team France for the ninth year in succession, as he first represented his nation at Franciacorta back in 2009 and piloted a 450F in the Open category. Paulin was in the MX2 class on a full-time basis that season, as well as the two that followed, but has never actually piloted a 250F at the Motocross of Nations. Weird, right?

– Team France were left in a state of panic earlier this month, as Dylan Ferrandis sustained a wrist injury and was ruled out of the Motocross of Nations. Christophe Charlier, who has been competing in the EnduroGP class this year, was eventually drafted in to fill the gaping hole. Why is he a good candidate? Charlier competed at the Motocross of Nations in Germany and finished seventh in the Open class, so it is not like he is entering the unknown.

– That is a positive point about having Christophe Charlier on Team France, but there are obviously some negatives. Charlier last competed at the highest level in motocross at the Grand Prix of Belgium last year, for instance, which was four hundred and twenty-eight days ago now. Charlier actually sustained a groin injury at that event, which ruled him out of the remaining races and restricted him to sixteenth in the championship standings.

– Glenn Coldenhoff has been a valuable tool for The Netherlands in recent years, as he is currently sat on a noteworthy streak. This will be the sixth year in succession that he has represented his nation. Coldenhoff has finished in the top ten in the last six motos that he has completed at the event also, so the last time that he did not manage it was at Teutschenthal in 2013. It is quite clear that the Dutch can rely on him to deliver consistent finishes.

– With three newbies on Team USA, it is rather difficult to trawl through the results and uncover statistics from previous outings. There is a poignant one, however, as the streak of losses continues to extend. Two thousand two hundred and six days have passed since they last won, which is quite the drought. Ryan Dungey, Blake Baggett and Ryan Villopoto led the team to an advantage of thirteen points at St. Jean d’Angely in France. There has not been a gap that big between first and second since.

– Although Zach Osborne has not represented Team USA before, this will not be his first time at the Motocross of Nations. Osborne, who first travelled to Europe in 2008, raced at the event for Team Puerto Rico that year and actually enjoyed some success. Zacho was second in his qualifying heat and then sixth in the second moto. Would it be possible for him to win a race outright on a 250F for the first time since Ken Roczen did it at Teutschenthal in 2013?

– When it was announced that Kevin Strijbos would act as the replacement for Clement Desalle, most fans immediately slashed the chances of Team Belgium taking the victory. Strijbos has always been on top form at the Motocross of Nations, however, just as his scorecard (2-6-6-8-11-33-11-11-1-9-3-3) indicates.

– Although it may be difficult to recall a moment when Dean Wilson really stood out at the Motocross of Nations, he has been remarkably consistent in his four outings. Wilson, who last represented Great Britain two seasons ago, has dropped outside of the top ten in just one of the eight motos that he has taken part in. A third in the MX2 and Open moto in Latvia was a career-best result.

– This weekend will mark the tenth time that Tommy Searle has competed at the Motocross of Nations. Searle has had the greatest result on Team Great Britain at eight of the nine events he has raced at, so there is no denying the fact that he is a valuable member. Ninth is the average finish that he has had across the eighteen motos that he has done.

– Tanel Leok may not steal headlines at this event each year, but he is always lurking in the background. This will be the seventeenth year in succession that he has led Team Estonia into battle. That is a mind-blowing fact. Estonia finished eleventh when Leok made his debut and have dropped outside of the top twelve just once since then. A fourth is the best finish that they have acquired and they managed that twice (2004 and 2015).

– The previous edition of the Motocross of Nations, which was held at Maggiora, welcomed eighty-five thousand fans across the weekend. Could there be more fans at Matterley Basin this weekend? The answer to that question will be in a post-race ‘Stat Sheet’ following the event.