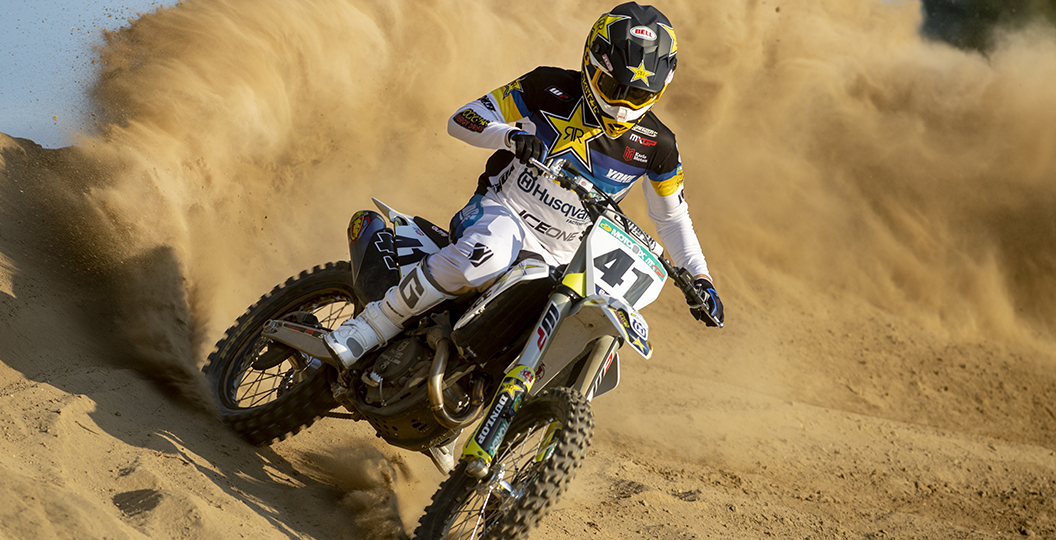 Knowing unique facts adds another element to the racing, therefore making it a lot more enjoyable. It was that thought process that inspired this exclusive MX Vice feature. The top-twenty MXGP finishers from the previous FIM Motocross World Championship term are listed below, plus a stat that applies to their racing and career. There are some intriguing things that are uncovered.

– Tim Gajser (782 points): Tim Gajser has been in the premier division for quite some time now, four seasons to be exact. In that time, he has clinched two world titles – he is sat on a fifty percent success rate – and nineteen Grand Prix victories. That is a rather eye-catching stat. Take it a step further and it becomes even more impressive: He has won twenty-six percent of the motos in those four years.

– Jeremy Seewer (580 points): Jeremy Seewer is insanely consistent and does not get the credit that he deserves. Seewer first joined the FIM Motocross World Championship as a fresh-faced rookie six terms ago. That was a while ago now! There have been one hundred and ten Grands Prix since he entered the series. How many has he lined up at? Well, one hundred and ten. Seewer has never missed an event! What a streak.

– Glenn Coldenhoff (535 points): Glenn Coldenhoff is being pegged as a title contender in the 2020 FIM Motocross World Championship. What do the stats say though? The closest that Coldenhoff has got to the premier-class title was actually last season – he was two hundred and forty-seven points down on the eventual champ. Before that, the closest that he came was being two hundred and ninety-eight points down in 2017.

– Gautier Paulin (527 points): Gautier Paulin is actually a wily veteran, as he is entering his ninth year in the premier class. How many moto wins has he acquired on the 450F in that time? Twenty-one. Paulin picked up nine on a Kawasaki, three on a Honda, one on a Husqvarna and then one on a Yamaha too. It will be one thousand and forty-four days since he last won when gates drop this weekend.

– Arnaud Tonus (462 points): Arnaud Tonus has a reputation for being somewhat injury prone – that is no secret. Do the stats reflect that? Well, in his premier-class career that has run across three years, he has raced sixty-five out of a possible one hundred and thirteen races. How does that actually stack up as a percentage? Tonus has missed forty-two percent of the races as a Yamaha rider.

– Pauls Jonass (458 points): KTM has been ridiculously successful in the MX2 division. The Austrian manufacturer has won one hundred and seventy-two motos out of a possible two hundred and sixty-six (since 2004). Insane! Pauls Jonass contributed to that with his fair share of victories, as he won thirty of those motos in orange colours. Jonass has not yet won in the MXGP class.

– Arminas Jasikonis (442 points): Arminas Jasikonis started the 2019 FIM Motocross World Championship rather well, as he acquired a trio of fourths early on. That is why most believe that he started better than he finished. The stats do not support that though! Jasikonis had an average finish of ninth in the first half of the term, then followed that up with an average finish of ninth in the second half. Consistent!

– Jeremy Van Horebeek (433 points): Jeremy Van Horebeek has one premier-class victory to his name, but he is not alone. Both Van Horebeek and Evgeny Bobryshev head into the 2020 FIM Motocross World Championship with a single win on their respective scoresheets. How long has it been since Van Horebeek stood atop the podium though? Two thousand one hundred and thirty days (at the time of writing). Wow.

– Romain Febvre (384 points): Romain Febvre was the most successful Yamaha rider last decade, as he got twelve Grand Prix wins in the premier division. Those victories actually account for fifty-four percent of the victories that Yamaha had in those ten years. Febvre only spent five years in blue too! That is an impressive stat to sit on. Febvre now begins a clean slate with Monster Energy KRT.

– Ivo Monticelli (267 points): Ivo Monticelli has a bizarre stat to hang his hat on. The GasGas rider was the only one inside the top twenty in the premier class points last year, and therefore the only one in this article, who has not experienced that feeling of standing up on the Grand Prix podium. That makes his results quite impressive, right? Eleventh is nothing to sniff at.

– Max Anstie (256 points): Max Anstie is not going to start the 2020 FIM Motocross World Championship. There is a chance that he will never race in Grands Prix again! That makes the fact that he signed off with a race win at the Grand Prix of Belgium even more impressive. Very few guys have managed to exit the series on such a high note. Stefan Everts is the only one that comes to mind in the four-stroke era.

– Brian Bogers (228 points): Brian Bogers has not had a good time of it since exiting the MX2 class. In his what was second term with HRC, he had an average race finish of fifteenth (excluding the two he did not start in Sweden). A second in moto two at the Grand Prix of Lombardia could not even help bring that average down. Finishing fourteenth in the points was not bad at all, all things considered.

– Clement Desalle (208 points): Clement Desalle has always been prone to injuries, one could argue, but the problem has become increasingly apparent in recent years. Desalle made it to every Grand Prix in the following seasons: 2008, 2009, 2010, 2012, 2013 and 2018. That means he has completed a full term once in the last six years. Consistency is a strength of his when he is actually healthy though.

– Tanel Leok (198 points): Tanel Leok has been around a while. This statistic really makes that clear: Leok last won a Grand Prix at the opening round of the 2009 FIM Motocross World Championship. How long ago was that though? That was three thousand nine hundred and eighty-six days ago! Jeez. Leok has two overall wins to his name, as he also won in Northern Ireland in 2008.

– Jordi Tixier (185 points): Jordi Tixier has had a dismal time of it since joining the premier class, but a part of that is down to the fact that he has not even got much seat time. Tixier has started thirty-eight out of a possible seventy-five Grands Prix since moving to the premier division, which puts him right at fifty percent. Tixier does not even have a team to go racing with now.

– Julien Lieber (184 points): Julien Lieber was riding extremely well when he crashed out of the previous season, which a lot of people have forgotten about. He was running second in that moto! Lieber crashed out on the twelfth lap of the race, but on the eleventh go-around he actually set his quickest lap of the race. Who knows how different things could have been had he stayed on?

– Shaun Simpson (175 points): Shaun Simpson has achieved a lot during his career and yet that is overlooked for the most part. Simpson will actually be the eighth winningest premier-class guy on the line at the Grand Prix of Great Britain this weekend. Romain Febvre, Kevin Strijbos, Gautier Paulin, Clement Desalle, Jeffrey Herlings, Tony Cairoli and Tim Gajser are the only guys who have experienced more success in the MXGP category.

– Jeffrey Herlings (172 points): Jeffrey Herlings and the reigning premier-class champ, Tim Gajser, have gone at it aboard bigger bikes for three years now. How does Herlings stack up against the three-time world champ though? Herlings has beaten Gajser in sixty-one of the seventy-eight motos that they have done at the highest level. It is an incredible stat to consider as we begin another twenty-round duel.

– Tommy Searle (163 points): Tommy Searle will not be a Grand Prix rider this year, but what did he achieve at the highest level? Searle took fourteen overall victories and twenty-five moto wins. It is also worth noting that he stood on the overall podium forty-seven times in his career, a massive figure, and had eighty-two individual moto podiums. It was an impressive run.