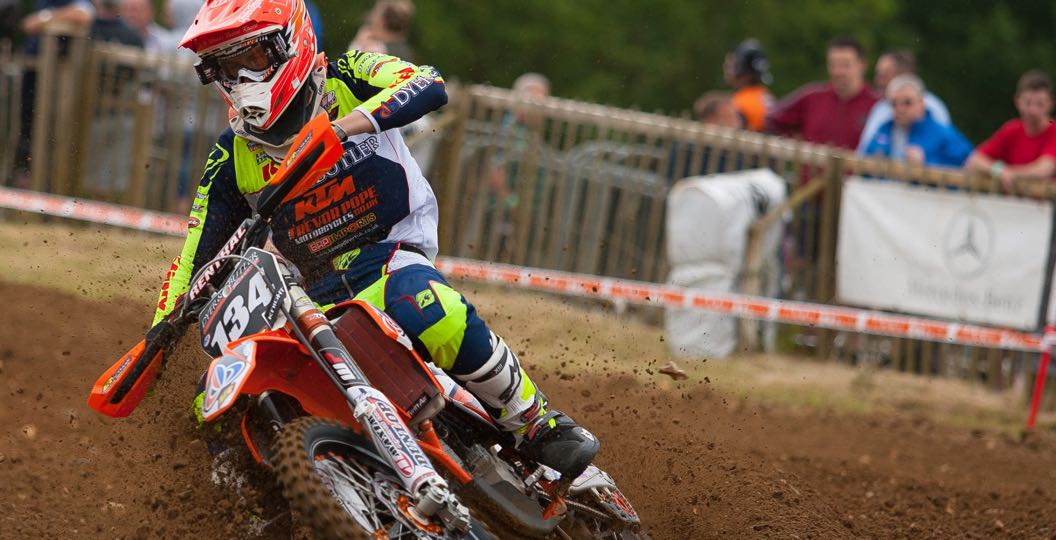 These lists are very black and white, you could say. No matter what may have caused the lacklustre result from the previous year, this is simply based on who improved on their 2014 ranking the most across the eight Maxxis British Championship rounds this year. Those who carry the title of ‘Most Improved’ deserve credit, right? No matter if it was considered obvious, a comeback or an underdog’s story.

The six characters on the MX1 list are quite diverse, as you have household names like Martin Barr, up and comers like Josh Spinks and veterans like Ray Rowson. Barr actually featured on the MX2 version of this list last year, but as a ‘faller’. Injury hampered his 250F campaign, which eventually led to him stepping up and finishing thirty-third in the 2014 MX1 standings.

With a full season under his belt this year, Martin unsurprisingly catapulted himself back into the top ten. The results don’t actually tell the full story though; he was much better than seventh may indicate, as he had a real shot at third in the championship heading into the finale. Issues that were out of his hand halted his charge, but the end result was still respectable and sees him top this list.

Having only completed in a handful of races in 2014, James Hutchinson was also destined for much bigger things this year. Already at Hilton Park ‘211’ caught the attention of some, as he was the first rider who made you reach for your programme. Soon he became a regular on the cusp of the top ten, although a handful of races where he scored no points held him back a little in the standings. That means there is room for even more improvement in 2016, so perhaps we’ll see him on this list again?

It was almost a foregone conclusion that Ashley Wilde would be featured here, as hard work and determination saw him improve on a hard earned fifteenth and break into the top ten this year. It wasn’t just his end of year ranking that was noteworthy, however, as Wilde also achieved a career best third in a moto at FatCat. Armed with a new steed, he’ll be looking to tick off even more career firsts when the new season begins. Based on his progress thus far, is anyone willing to bet against him?

You’ll always get a lot of the younger riders on the MX2 version of this list, as their improvement from year to year tends to be more dramatic than a veteran. Riders like Liam Knight also dabble in the class before tackling it full-time, which is why he sits atop the list. ‘134’ had a turbulent year; he got off to a brilliant start at Hilton Park, but dropped off a little through the middle of the season. Eleventh is still a respectable ranking in his maiden campaign, however, and it seems inevitable that he’ll crack the top ten in his second attempt. ‘One to watch’ would be an appropriate way to label Liam.

You may be a little surprised to see established names like Max Anstie and Steven Lenoir on this list. It shouldn’t be surprising in the slightest though, as one didn’t complete the full series in 2014 (Max) and the other missed a round through injury. These two were obviously the class of the field this year and were separated by just nine points when all was said and done, but it seems that neither will be back on the MX2 starting line in 2016. Lenoir will step up to MX1, whilst Anstie will be based in Europe with Rockstar Energy Husqvarna Factory Racing.

Jake Millward certainly deserves more credit for his improvement this year, as it went under the radar a lot of the time. Tenth in the Maxxis British Championship is no easy feat, and he could have quite easily ended up seventh! Now that he is seemingly making progress, it’ll be interesting to see what his ceiling is in the class. Could he start to become a top five threat?