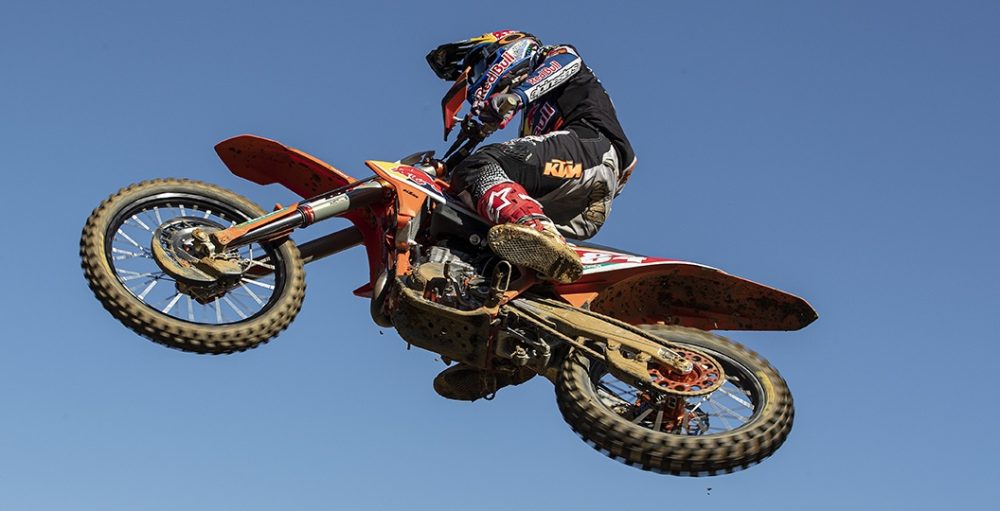 Jeffrey Herlings has pieced together some impressive statistics during his time in the FIM Motocross World Championship, which has spanned across eleven seasons so far. Pundits do not even need to view the numbers to confidently proclaim that! What do the figures actually look like though? That is a question that carries many answers that in turn opens up many avenues of conversation.

Note: Jeffrey Herlings has logged 29 premier-class victories since entering the category in 2017. Antonio Cairoli grabbed 29 in his first three terms too, in comparison, and Tim Gajser took 19. That puts even more emphasis on what Herlings has achieved, despite the time that’s been missed with injuries. It is worth noting that ’84’ was the first guy to get to 17 Grand Prix victories in a single term too (although Stefan Everts had a slightly better win percentage back in 2006, as he only lost one. Herlings lost two in 2018).

Note: The most intriguing thing to note here is how little Jeffrey Herlings actually ends up in second or third overall. Herlings has occupied those positions 27 times in his career. In comparison, he has finished first overall 90 times. Madness! Here’s another way of looking at it: Herlings has raced 146 rounds in his career and has missed the box in just 29 of those. All of these figures paint quite the picture of just how successful he has been. Herlings has been on the podium in 241 individual motos as well.

Note: Although Jeffrey Herlings only joined the premier class four seasons ago, he is already tied for third on the list of all-time MX1/MXGP moto wins. Stefan Everts is tied with him (taking 2004 to 2006 into account). A record that Herlings does already boast though is the most moto wins in one term, that being 33. Herlings did not even manage to do that in MX2! The most moto victories that he had in a year in that class was 28 (in 2013). Herlings has 65 more moto wins than anyone else in the MX2 record books.

– This is the one stat that everyone will want, so here it is: Jeffrey Herlings has missed 45 Grands Prix in his career due to injury. That number includes events that are spread across seven seasons (2010, 2013, 2014, 2015, 2016, 2018, 2019 and 2020). It’s realistic to presume that he would have won around half of those rounds, huh? That would already put him as a winningest guy in Grand Prix history. It is all ifs and buts though – the same theory could be applied to both Stefan Everts and Antonio Cairoli.

– This will really come as no surprise, but Jeffrey Herlings has experienced the most success in The Netherlands. 14 of his Grand Prix victories have come at either Valkenswaard, Assen or Lierop. Italy is the next nation that he has enjoyed the most success in (12 wins), which is not a surprise considering the sheer volume of Grands Prix in the nation. France is third with seven. The most surprising thing is that he has only won in Belgium three times – that event seems to coincide perfectly with the time that he is injured each term.

– Jeffrey Herlings has completed 4,468 laps in his career and he has led 2,669 of those. Crazy! That means that he has led 59.74% (feel free to round that up) of the laps that he’s done in his career. The most interesting part about that stat is Herlings is not necessarily the greatest starter in the world, so it’s not like he just takes the holeshot and then sprints away. A lot of those laps led come from beyond the halfway mark in a moto.