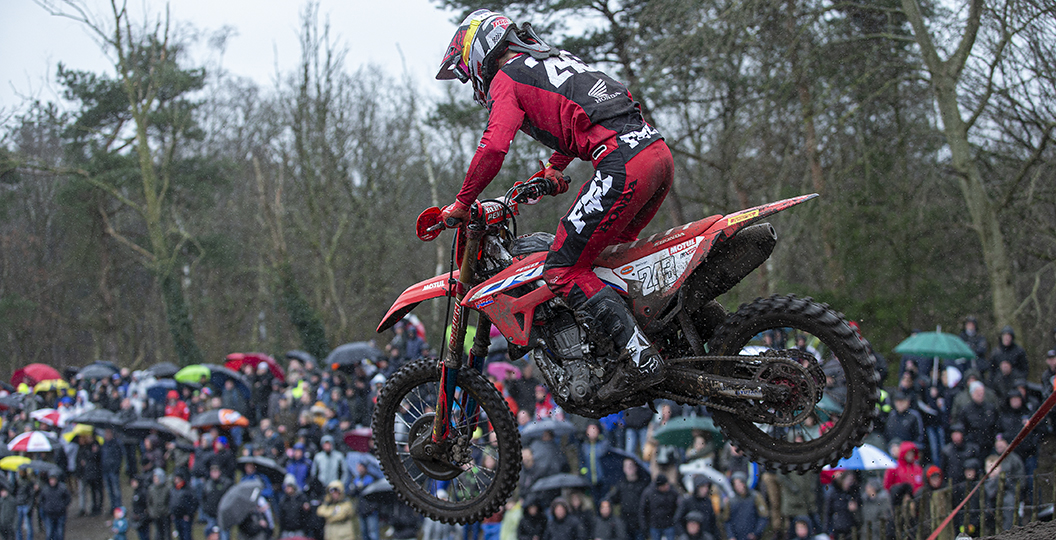 These dark times are a great time to reflect on what has been achieved and gear up for the rest of the season at the same time. Everything that Jeffrey Herlings has achieved during his career was broken down on MX Vice yesterday and that same format is going to be recycled for other key figures in the FIM Motocross World Championship. What has Tim Gajser achieved in his time as a professional? Time to jump right in!

Tim Gajser has really not been racing at the highest level for that long in comparison to those guys who he is racing with. Gajser made his full-time debut in 2013, which is insane considering he is thought of as a veteran in the premier division. One could argue that he should be looked at in the same light as Pauls Jonass – the pair were on similar career paths until Gajser jumped onto a 450F earlier than most predicted. It worked!

Note: There is almost no doubt that a lot of people will be surprised at the lack of MX2 wins that Tim Gajser picked up in that class, but he did not win until his final term on the 250F (that was also the season that he got the title). Racing a 250F was a real speedy procedure! Max Anstie, David Philippaerts and Tommy Searle all won more than him in MX2 without getting that elusive title. Gajser holds a much better position in the premier-class record books though – he is fifth on the list of all-time MX1/MXGP victories.

Note: 48 podiums out of a possible 74 is not a bad figure – it is a 62% success rate. 2017 and 2018 cost him dearly though, as he got 15 podiums across those two seasons. Gajser had 15 last year alone! 14 is a rather low figure in the MX2 division, but that is consistent with everything else in this feature. Sixteenth is where he sits on the list of all-time podium finishes in that division. Max Anstie, Thomas Covington, Tommy Searle, Dylan Ferrandis and Gautier Paulin are riders with no world titles to their name who have made more trips up onto the MX2 overall podium.

Note: This is the most surprising statistic that has come to light. Six moto victories in MX2 is not a lot – that number was almost matched in the overall-win category! Gajser never actually swept both races at a Grand Prix as an MX2 rider, which explains a lot. Sixteenth is the spot he occupies on the list of all-time moto wins in MX2. Even riders like Rui Goncalves and Thomas Covington are ahead of him! Does this highlight that his 450F success is actually a bit of a surprise? Most had him pegged as a better big-bike guy, but there is a big difference in numbers here.

– This is insane. Tim Gajser is known for having some big crashes – that is by no means breaking news. It is also known that he tends to jump right back up and continue racing as if nothing actually happened. The fact that he has only skipped four Grands Prix during his professional career supports that. It is just crazy that the number is that low! One of those events that he missed was during his title-winning year in the MX2 class, which is something that is typically overlooked.