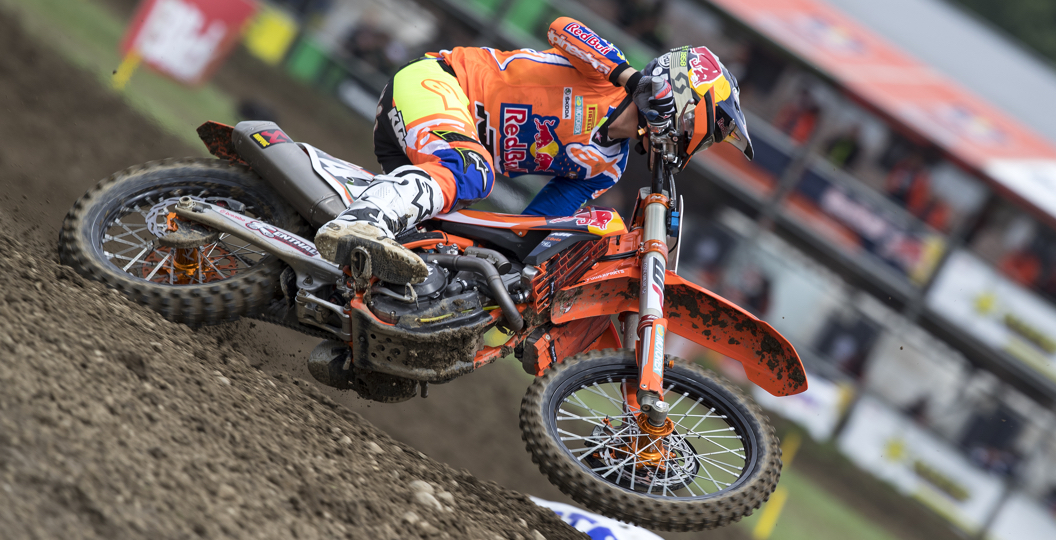 It is fitting that Pauls Jonass has bolted a number one plate onto his Red Bull KTM ahead of the new season, as it represents just how dominant the manufacturer has been in the MX2 division. The MX2 class launched fourteen years ago and KTM have been extremely difficult to beat since then, as they have won ten titles and amassed some impressive statistics.

Ben Townley won the first MX2 title in 2004 and then Tyla Rattray, Marvin Musquin, Ken Roczen, Jeffrey Herlings, Jordi Tixier and Pauls Jonass all captured gold plates with the manufacturer in the years that followed. Yamaha claimed two of the titles with Antonio Cairoli, in comparison, then Kawasaki and Honda have one apiece. There is no doubt that Husqvarna are the greatest threat to KTM currently and will steal a title sooner rather than later, but one must question whether Suzuki will ever join that list. It would not even be surprising if no RM-Z250 riders score points this season.

Championships are obviously impressive and what most refer to when discussing the success that KTM have had, but the number of races won is simply astonishing. Two hundred and twenty-eight rounds have been held in the last fourteen years and, through that time, KTM have won one hundred and thirty-eight of them. It is simply astonishing. It is hardly surprising that their most successful season was 2013, as they won sixteen of the seventeen events. Jeffrey Herlings was responsible for fifteen of those and then Glenn Coldenhoff recorded a single win with the Standing Construct KTM squad as well.

One would presume that Jeffrey Herlings did a lot to boost those KTM numbers, which he did, but it is not like he is solely responsible for their success. KTM won twelve of the sixteen rounds in 2004 and thirteen of the fifteen events seven years later, so there is a bit of a trend there. How many victories have some of the other manufacturers captured in comparison? Yamaha have thirty-nine, Kawasaki have twenty-six, Suzuki have nine, Honda have seven and Husqvarna have six. KTM have more overall victories than the other five manufacturers combined. Who would have thought?

Heading into the fast-approaching FIM Motocross World Championship, it is very likely that Husqvarna will leapfrog both Suzuki and Honda. KTM will obviously add to their total too with the powerhouse duo of Pauls Jonass and Jorge Prado piloting their machinery. Would it really be surprising if KTM and Husqvarna riders win every single round of the series? Darian Sanayei may grab a win or two for Kawasaki, Calvin Vlaanderen will be a contender for Honda and the Kemea Yamaha trio could surprise. It seems that Pauls Jonass, Jorge Prado, Thomas Kjer Olsen and Thomas Covington are the only riders who fans can bank on winning at least once though.

KTM dominate the moto-wins category as well, just as one would presume, as they have won two hundred and sixty-five of the four hundred and fifty-two race that have been run. What was their worst season? 2007, as they had just three moto wins with Tommy Searle. Antonio Cairoli, who piloted a Yamaha that year, had what could be considered the most dominant year of his career, hence why others were shut out. In comparison, Honda have only had more individual wins than that in one season. That being the year that Tim Gajser clinched the title in an impressive fashion.

There are so many ways to look at what KTM have achieved with their 250F. Nineteen different riders have taken it to a moto win at some point, which is remarkable in itself, and sixteen of those guys claimed an overall victory with the Austrian manufacturer. How many times has a KTM finished on the overall podium? Three hundred and twenty-six times, believe it or not. It is incredible when you break these numbers down. An intriguing thing to consider is that it does not seem as though this is going to slow down anytime soon, as mentioned above. Which manufacturer will step up and steal the crown? Well, actually, there may be a better question to ponder. Will another manufacturer ever step up to that level?