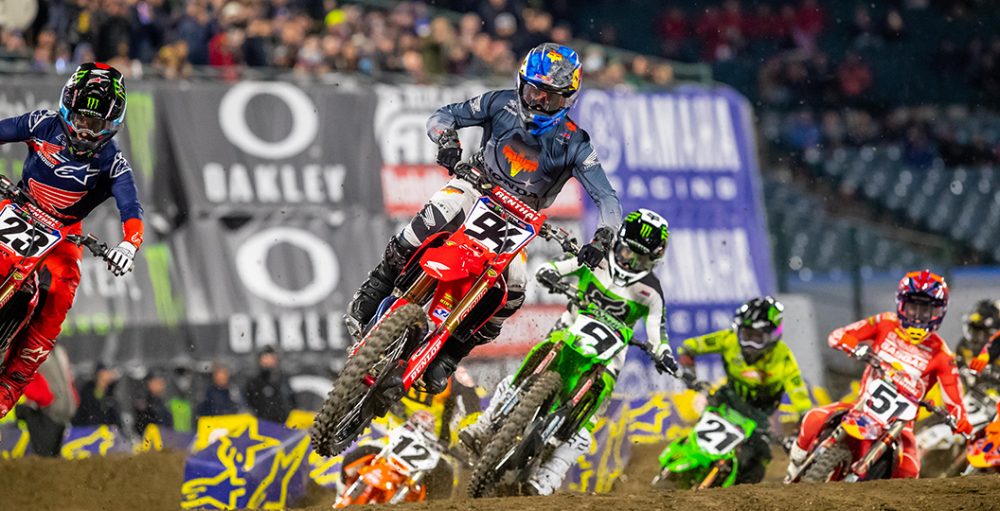 The first round of 2022 Monster Energy Supercross is in the record books; Ken Roczen was the big winner in the 450SX division, but there were countless different stories littered throughout the premier division. Many of those are uncovered in this regular feature on MX Vice, which provides a much closer look at everything that transpired inside of Angel Stadium and some notes to consider moving into Oakland this coming weekend. Does anything jump off of the page below? Share your thoughts on social media (@motocrossvice on Twitter and @mxvice on Instagram).