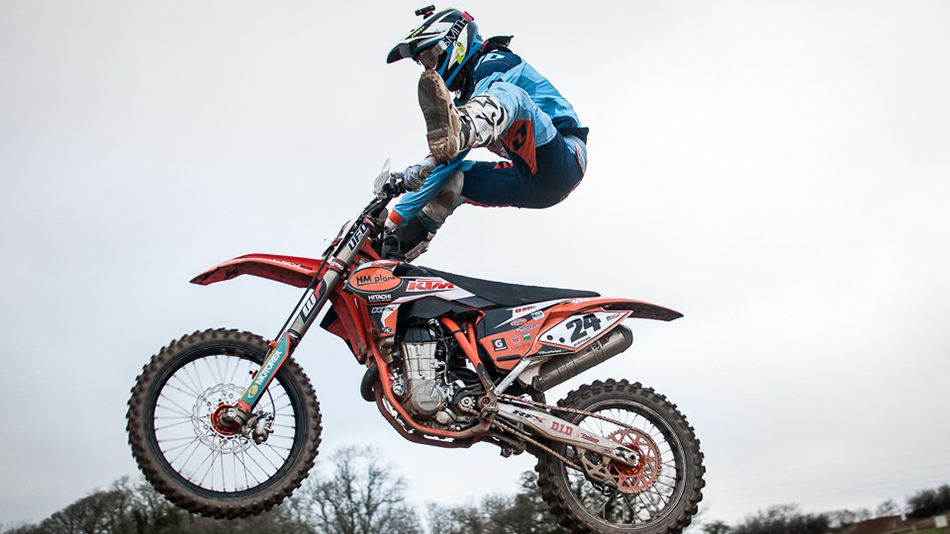 Spotlight on: The Returnees

“The short format takes a bit of getting used to. It’s quite hard to keep the pace up, come in, get cleaned up, then go back out, three starts – it’s keeping the consistency up as well, because a lot can happen in three motos,” said Shaun Simpson following the opening round of the 2014 Maxxis British Championship.

Understandably, some MXGP riders have steered clear of our domestic series in recent years, because of this. After all, the FIM Motocross World Championship is the main goal for a lot of those guys, so it often does not make sense for an MXGP rider to contest our series. But, Shaun Simpson and Jake Nicholls have returned to the Maxxis British Championship full-time this year, despite this. Obviously, the fact that they both ride for teams that are committed to the title fight prompted their return.

With Jake and Shaun back in the series, the level of talent in the premier MX1 class has suddenly become much higher, which means that the amount of interest from fans has heightened, also. So, having them both out on-track is certainly a positive for everyone involved. After all, who doesn’t want to see even more title contenders out there? Both Nicholls and Simpson were at the heart of some very entertaining battles.

Both riders were successful at Landrake, as they ended the round first and second in the MX1 overall results, as expected. Although the strenuous travel schedule must have been difficult for them, they adapted to the different format with ease. Despite the fact that Jake was still struggling with his back injury, he pulled through and grabbed the first moto win in a dominant fashion. In the next two races, the Wilvo Forkrent KTM rider was again consistent – he found his way onto the podium both times.

Jake backed it down and collected a third in the final MX1 encounter, which was certainly a smart move, as he chose to grab some solid points, rather than risk further injury. Before the sketchy moment that prompted him to slow, Jake again proved that he had the speed to match the overall winner, Shaun Simpson. Shaun did exactly what we all expected him to, as he was the strongest in the premier class.

Although the first moto caused most to question his speed, the problems that restricted him to third were rectified before the final two motos. Although there has been just one round of the Maxxis British Championship, it is clear that these two are going to be the main contenders for the MX1 title, along with Kristian Whatley. Although their return to the series is tough on them physically and mentally (when coupled with the commitments that they have with the MXGP series), it is an opportunity for one of them to pick up that elusive (and prestigious) MX1 championship.