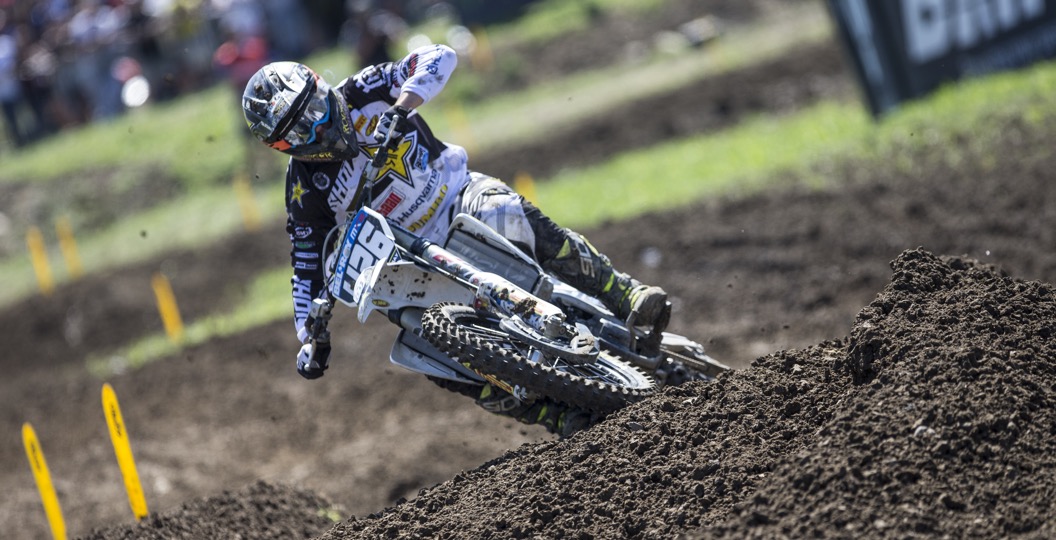 Before social media, fans had to wait for the pre-season internationals to see riders aboard their new steeds for the first time. Those days are gone, however, as we are just a couple of weeks into the off-season and most riders have already shared images of their new looks.

Conrad Mewse: There is no denying the fact that Conrad Mewse is capable of great things in the FIM Motocross World Championship and, based on his recent social-media posts, he’ll be ready for the season opener in March. Mewse was recently spotted aboard his Hitachi KTM UK at FatCat Moto Parc and was sporting his new Troy Lee Designs gear too.

Brian Bogers: Brian Bogers has certainly made more of an effort with his social media since he joined the Honda HRC effort, but he has not yet shared a clip of him in action. This shot, which was shared on his second day with the team, offers a look at him aboard his steed and with his new gear though. It’s a new look for the Dutchman from head to toe.

Bas Vaessen: A handful of MXGP riders tend to relocate to Southern California each year, in order to escape the cold weather and take advantage of the many tracks that are available. Bas Vaessen is actually already over in the USA and putting in laps aboard a Honda. A switch to 114 Motorsports Honda has also prompted a move to Fox gear from iXS.

Ben Watson: Ben Watson has been testing with the Kemea Yamaha team for quite a while now, but only just shared an image of his new colours. It seems that the squad have retained a majority of their gear sponsors, such as Moose and Forma, but have switched from 6D to Airoh helmets for the new season. Watson has also moved to Belgium to be closer to the team.

Adam Sterry: Adam Sterry looks fairly similar to what he did this year, as he is still aboard a Kawasaki. The Monster Energy KRT team that he was a part of shut down, of course, so he was forced to jump onto an F&H Kawasaki for the new season. It also seems that he’ll be wearing the relatively-new Leatt gear too, but in the image below he still has his gear from earlier this year on.

Valentin Guillod: Valentin Guillod just did not look right on a Honda, did he? The first pictures that have surfaced of him aboard a Standing Construct KTM, on the other hand, look promising. This is going to be a massive season for him, as he must prove that he can contend aboard a 450F, so there should be plenty of eyeballs on him and those in his corner. Guillod will sport Bell helmets and 100% goggles again, but switch to Acerbis gear and Alpinestars boots.

David Herbreteau: David Herbreteau split from the F&H Kawasaki team late in the season, for reasons that remain unclear, and then jumped on a privateer Yamaha. Herbreteau eventually acquired a deal with the VHR KTM team for next year and even debuted with them at the Paris SX. Herbreteau showed great speed at points this year, but the results do not reflect that as he just struggles to put it together across an entire race.

Jordi Tixier: The new BOS KTM team have an interesting look for next year, as their bikes will be red and white. The lack of orange may be an indication of the type of support that they are receiving from the manufacturer. Jordi Tixier will lead that team into action and will stick with Thor gear for the fourth year in succession, but run a Shark helmet. It seems that brand will make a bit of a comeback.