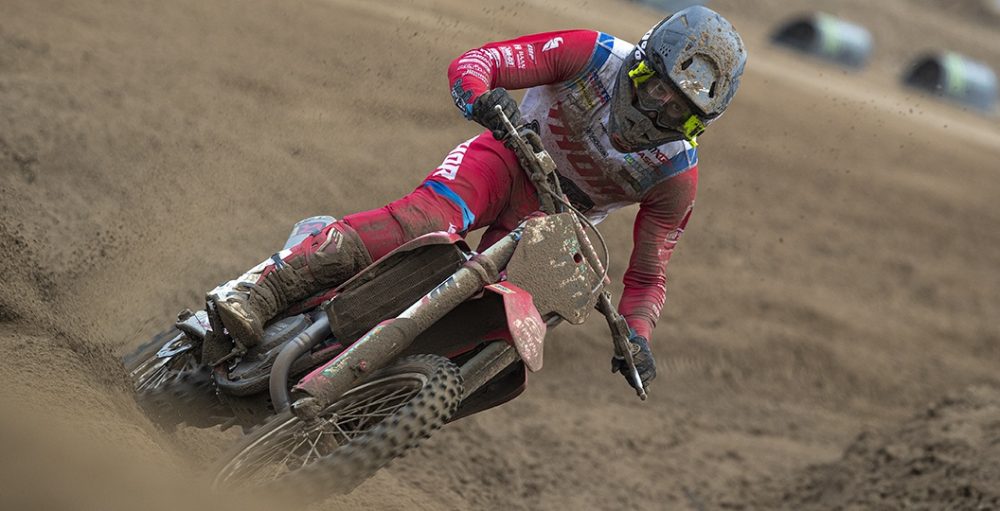 It was quite bizarre that neither JM Honda Racing rider had been pictured on their new steeds before now, but Henry Jacobi has finally broken cover. Jacobi is wearing gear that, quite frankly, none of us here at MX Vice have ever heard of. It was common knowledge that Jacky Martens had lost Shot and obviously putting a deal together with another popular brand was not easy.

Hutten Metaal Yamaha Racing have come up with a rather good identity now, as the team’s look is so easy to recognise. Heck, Sydow looks just like Thibault Benistant did last year! Sydow will drop down to EMX250 this year and race with Yoko gear, Alpinestars gear and Alpinestars boots as per the team’s contracts. The riders get to do their own goggle deal.

Alessandro Lupino is a Marchetti Racing KTM rider now, but has only just been pictured in his completely new look. Marchetti will actually go by the name MRT KTM now too (that’s an abbreviation of Marchetti Racing Team). Lupino will have all-new gear this year too; Just1 will provide gear, boots and helmets. Forma boots are a part of that programme too. It’s an all-Italian affair over there!

Ivo Monticelli is a Monster Energy Kawasaki Racing Team rider. Finally, that can be said aloud! Monticelli’s new ride can be seen below, but there are no pictures of him in action yet. It is interesting to note that there has been a management change at KRT; Thierry Chizat Suzzoni is now the owner and manager, and technical manager Vincent Bereni has taken a step up as well.